Zach Galifianakis insists there won’t be a Hangover 4: ‘That’s not going to happen’

Sorry Hangover fans, star Zach Galifianakis has insisted there definitely won’t be a fourth outing for the hit franchise, revealing that everything is “wrapped up nicely” in the upcoming third film.

It’s taken over $1 billion at the Box Office worldwide since the first movie hit theatres in 2009 and we’ve loved Bradley Cooper, Ed Helms, Zach Galifianakis, Justin Bartha and Ken Jeong partying from Vegas to Thailand and back again and while we reckon the studio would love another (as would we) Zack aka Alan says it just won’t be happening.

Zach reprises his role as the hapless Alan in the third and final installment of the hilarious movie series, but despite the huge commercial success of the films the actor has revealed that he was unsure about returning for a third time. 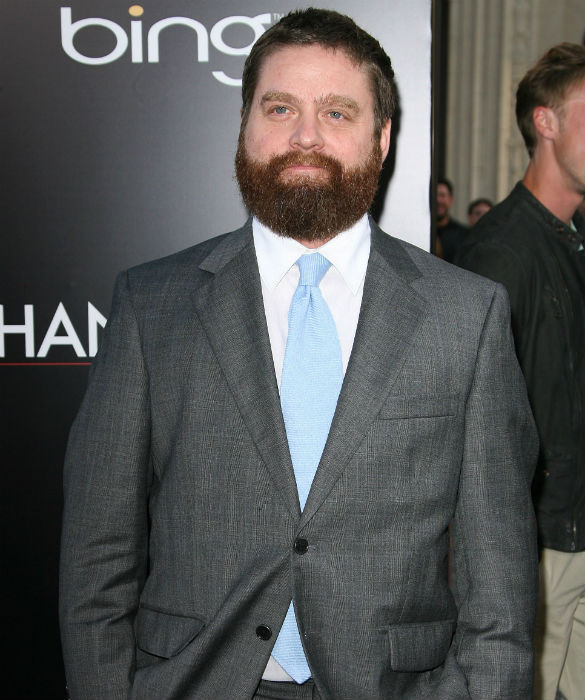 “It didn’t make sense at first. I’m a leave-well-enough-alone kind of person. But looking back, I’m happy we did the third one. It feels like it’s wrapping up nicely, where the second didn’t feel like it was. A third one felt like it gave our characters a conclusion” Zach tells Empire magazine.

The third film, reuniting Zach with Bradley Cooper and Ed Helms, marks the end of the Wolf Pack, although the funnyman does admit they could find themselves back in drink-induced hell years from now:

“What I would love to do is, if we all make it to 90, then get back together. That would be fun. But that’s not going to happen. There’s not going to be a fourth one.”

Director Todd Phillips is also adamant that the third flick will be the last, adding: “There is an absolute end to it. All the loose ends are tied up.”

The Hangover Part III hits UK cinemas on May 24.