Another year of the X Factor will be coming to an end very soon, but after the weeks of performances and the adrenalin of the show, what will happen to the acts who have entertained us? Well going by many members of the X Factor alumni, they will go on to have super successful careers. Nowadays being a Youtube star will get you tons of money, like Casey Neistat, who makes more than a million a year, but back in the day it were talent shows that did it. And X Factor made a number of stars quite rich. Here is the big list. But it does make you wonder if you might be better of just going on Youtube.

The journey that the chosen X Factor acts have to go through is a daunting one with rounds of auditions – including at least one in front of a thousand strong live audience – and live shows each week, but by the end of the process, it is worth it. Many have used their appearance on the show as a step to something else and others have gone on to have super successful careers. In fact, the reality TV format has showed that acts don’t even need to win to be quids in. The best example of this is One Direction. Back in 2010, they came in third place but that hasn’t stopped them from world domination and raking in an estimated net worth of £70 million – according to the Sunday Times’ list of richest under 30s – whilst doing it. 1D’s success echos JLS who lost out the winner’s title in 2008. But that didn’t stop Aston, Marvin, JB and Oritse from earning millions before they made the decision to dis-band last year.

However, as much as we say winning doesn’t count, the likes of Little Mix (winners in 2011) and Leona Lewis in 2006 have proven that it can help. As a result of her amazing talent, it was reported by Now magazine in September 2013 that Leona is worth a cool £12 million. But the Little Mix ladies (Perrie, Jade, Jesy, Leigh-Anne) are really starting to reap the rewards of their hard work too following the claim that they are worth £33 million.

But, the money just doesn’t lie in having a successful music career. Oh no! The likes of Shayne Ward, Ray Quinn and Stacey Solomon may have started off a career in music, but they later went on to other projects. Shayne and Ray have now got successful careers performing in the West End and Stacey found her fortune by signing deals with Iceland and winning I’m A Celebrity Get Me Out Of Here. 14 Matt Cardle

Matt took the winner’s title in 2010 and used his victory in a positive way to build up his fortune. Before being dropped his two albums charted in the top ten. 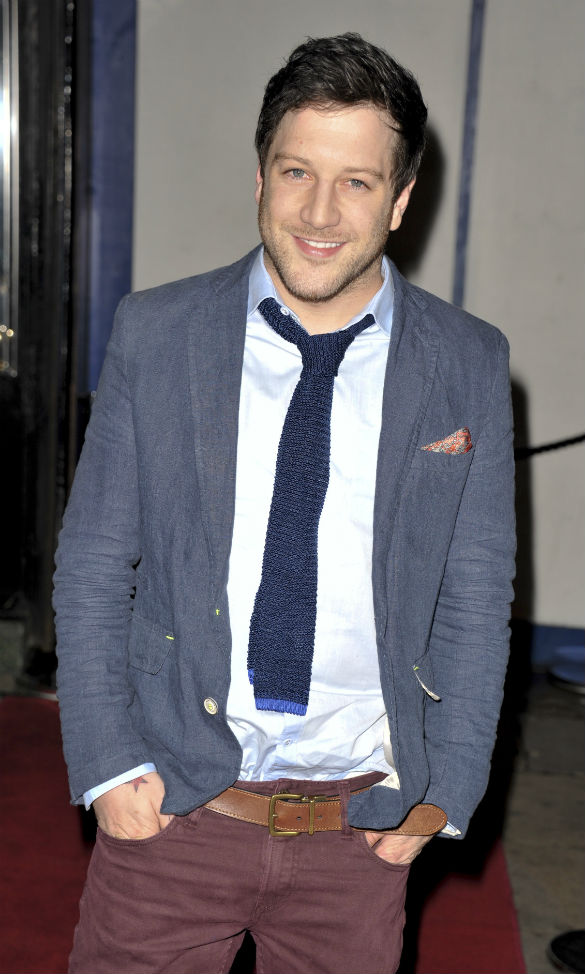 James won the show in 2012 and since winning, his life has turned around thanks to his estimated million pound record deal. James Arthur hits the stage, but how much money did he make on it? (WENN)

Despite being dropped from his record label, Shayne has gone on to make his money with appearances in the West End. His CV includes a spot in the cast for Rock Of Ages and at the moment he is said to be rehearsing for the musical version of War Of The Worlds. 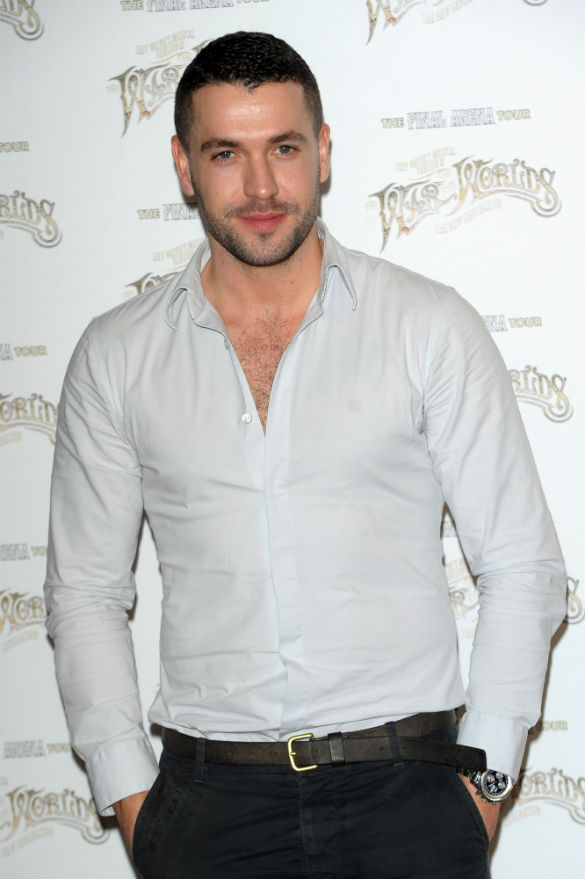 He won the first show, but how much money has Shayne Ward actually made? (WENN)

Ray was no stranger to TV when he appeared on the X Factor, having appeared in Brookside as a young boy. Just like Stacey, Ray hasn’t earned his money via a music career. Instead he appeared in pantomimes and built up a successful West End career. Along with all of that, he won Dancing On Ice in 2009 and returned to the show last year to celebrate it coming to an end. (WENN) 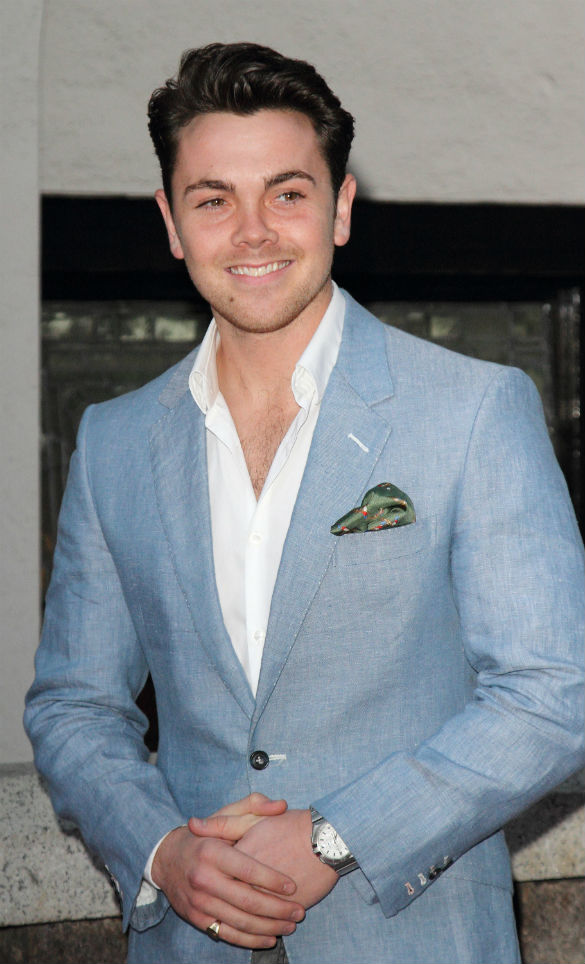 Ray lost out to Leona Lewis, but he’s done alright out of it (WENN)

No one could deny Rebecca’s talent with her soulful voice and since then the star has gone on to have a relatively successful career. It is believed that she has earned £10,000 in performance fees. 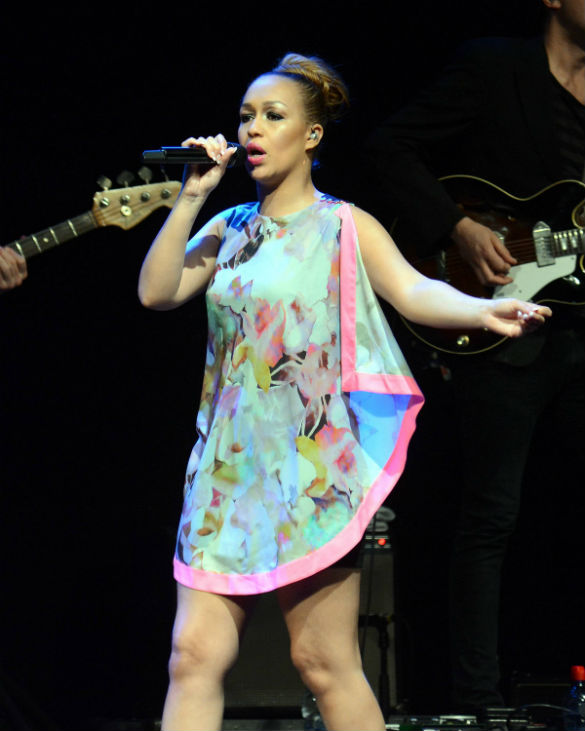 Cher may have found fame in the UK but the US is where it has really taken off for the Cheryl look a like who came in fourth place in 2010. 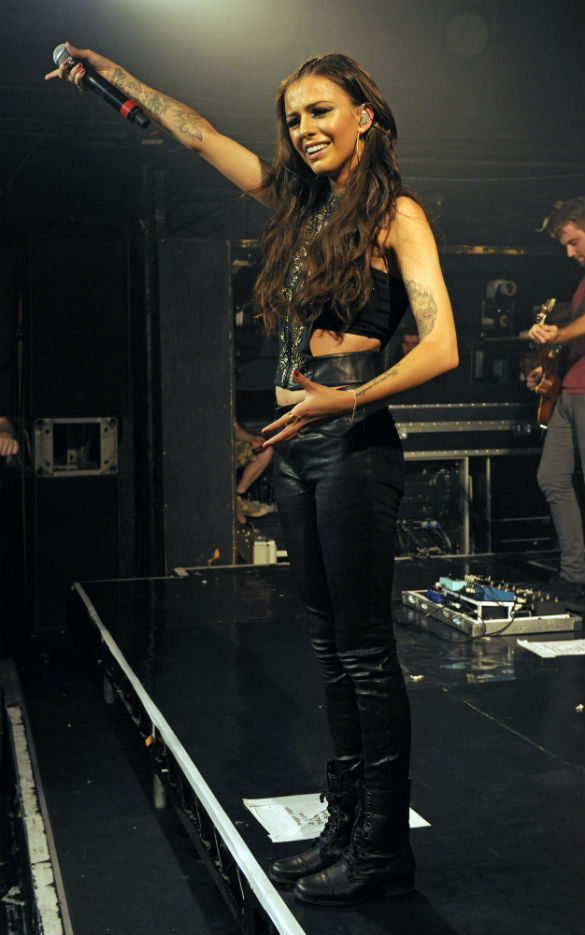 Stacey came in third place in 2009 and unlike her fellow X Factor alumni, Stacey hasn’t stuck with a music career. Instead the Essex native has become a TV personality and has amassed her fortune with deals with Iceland and winning I’m A Celebrity Get Me Out Of Here. 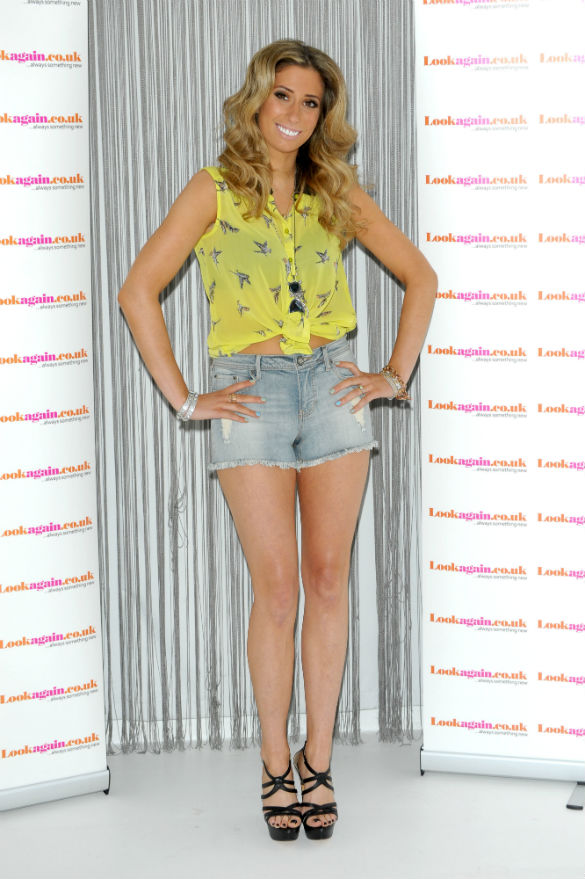 Stacey’s not just an X Factor alumni but Queen of the Jungle! (WENN)

Olly was so close yet so far when he took the runner up position in 2009. Since then, Olly’s popularity has grown. He returned to his old stomping ground for two years when he presented the Xtra Factor with Caroline Flack. 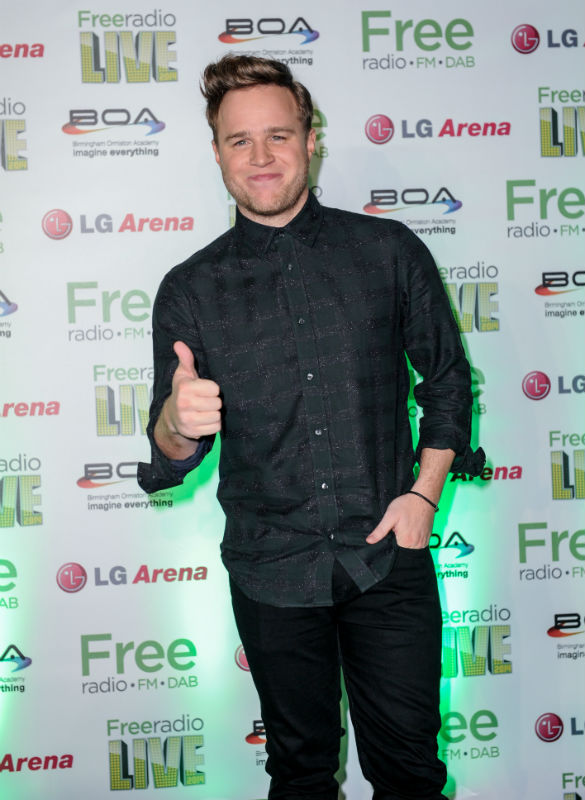 We’re not surprised he’s made a packed, who doesn’t love Olly Murs?

Jedward were no doubt the act that everyone loved to hate back in 2009. But the twins got the last laugh as they went on to sell records and appear on Celebrity Big Brother. It is also thought that they amassed £10,000 from private gigs. 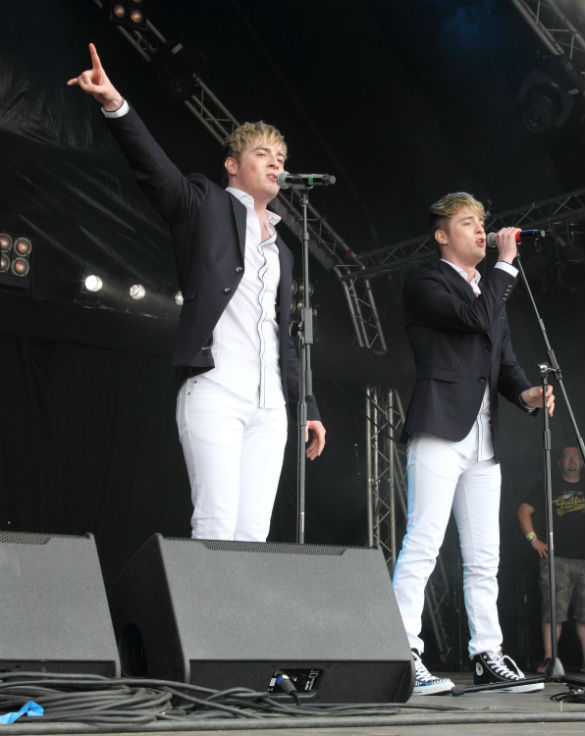 How they even got to the lives shows we don’t know, but we’re glad Jedward did! (WENN)

Alex won the show back in 2008 and has since built up a nice sum for herself. Following her win, Alex’s career took off with a string of hit singles and a £3.5 million (estimated) deal in the US with Epic Records. The star also became a West End star when she took on the lead role of Rachel Marron in the musical version of The Bodyguard. 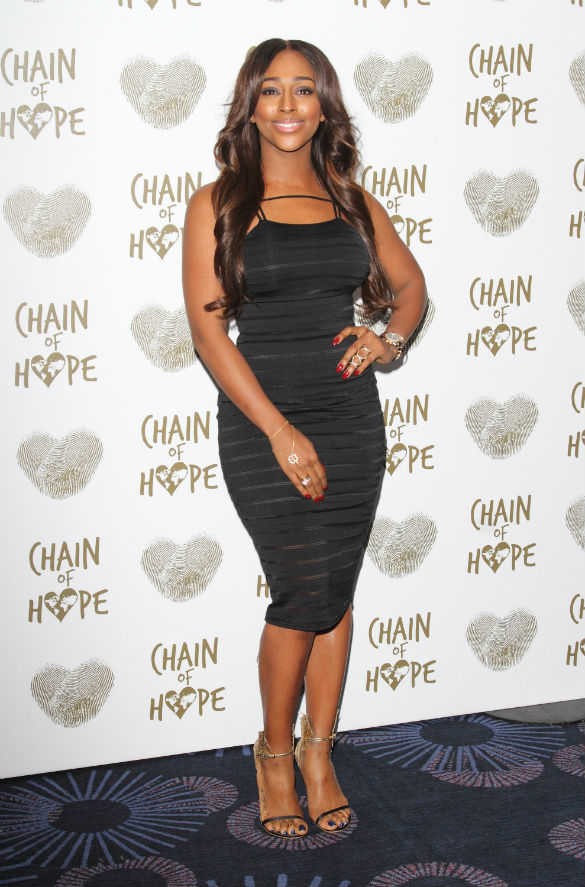 Alexandra beat the JLS boys to the title, but has she made more money than them? (WENN)

According to reports, Leona landed a £5 million record deal which paved the way for success for the star who won the show in 2006. Her debut album, Spirit, climbed to the top of the American Billboard 200 chart. 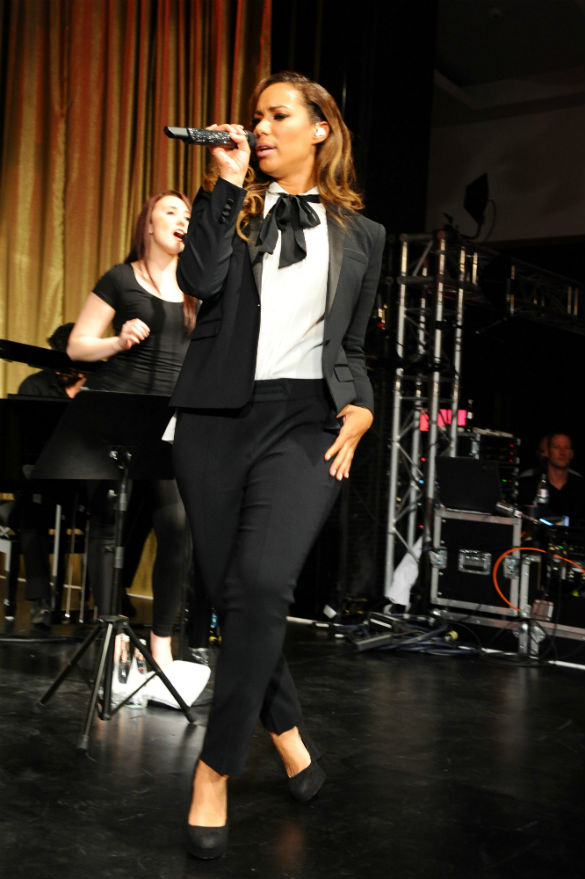 The boys may have called time on the band, but during their time as the loveable four piece, they are reported to have earned a cool £6 million each. Who remembers those dolls and ahem, those condoms? Since the band split, each of the boys have been busy with their own projects, in particular, Marvin Humes who has now gone down the presenting route, hosting The Voice and This Morning with his wife Rochelle. 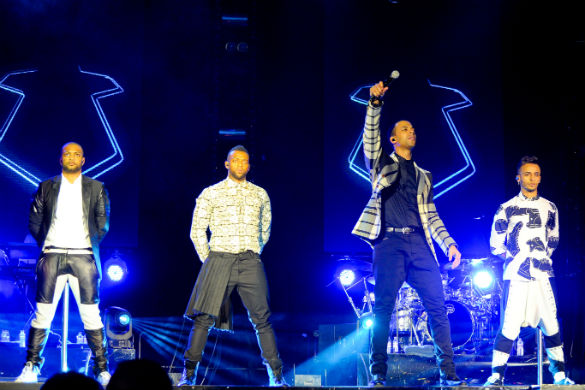 BEAT AGAIN: JLS might have not won the show, but they ruled the charts for a long old while (WENN)

Just like One Direction, Little Mix were put together as a band during their time on the show in 2011. Not only have they had a string of hits and a successful album, the girls have also become a hit in the US, supporting Demi Lovato and have had merchandising deals with Samsung Galaxy. 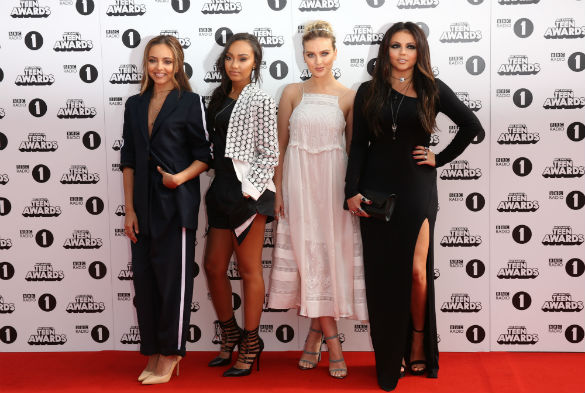 Little Mix were the first ever group to win the competition, you go girls! (WENN)

Are you surprised? We’re not! The five lads who were put together on the show didn’t even win but in the four years since they appeared on the show, they have got themselves quite a tidy sum according to the Sunday Times list of richest under 30s. In fact, in one year, Niall, Harry, Zayn, Louis and Liam took in an amazing £45 million. Along with their albums, it was predicted last year that their Take Me Home Tour would take in £300 million. Since then, the boys embarked on another tour, Where We Are. 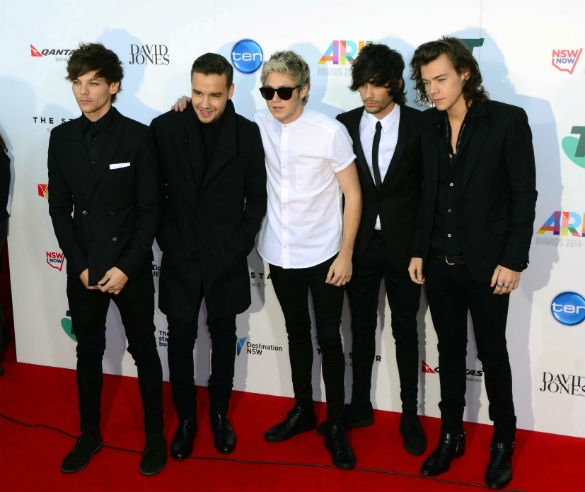 Was there actually any doubt? (WENN)