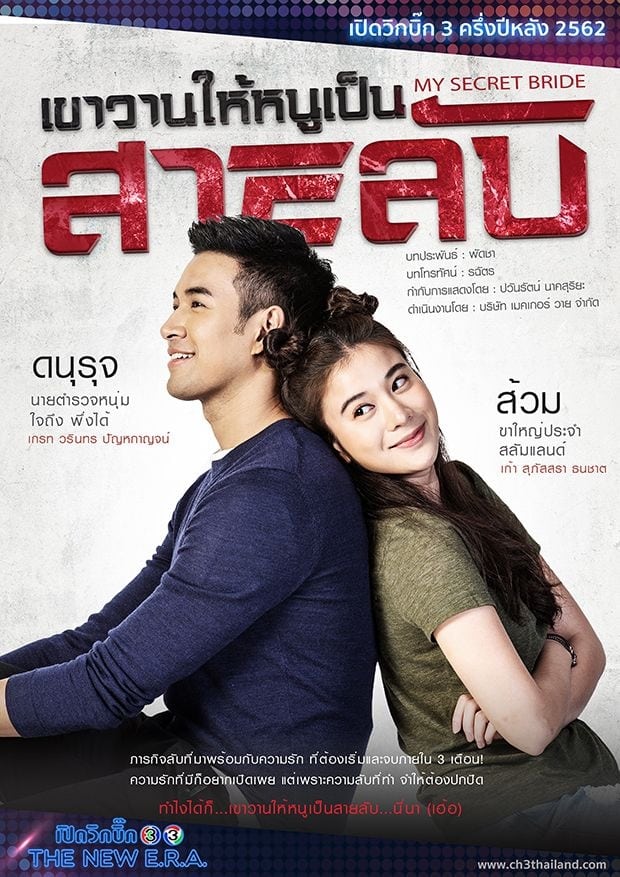 Suam, a girl who grew up in a slum, has to become a spy for the police to help Tuan, a deputy commander, who's also disguised to spy into Mr. Ha. Suam started to have a crush on Danuruj, a good cop, as soon as she saw him because of his handsome looks. They met when Suam took a guy who she thought was going to rape her to the police station. Danuruj's uncle is part of Mr. Ha's gang. Danuruj gets involved with her again when he misunderstands that she's his uncle's mistress, then he hires her as his fake wife to avoid Suchada, Mr. Ha's daughter and his ex. Tuan thinks this is a good chance for her to spy on Danuruj, to find out whether he's involved with Mr. Ha or not. Suam accepts it. Suam and Danuruj fight all the time. She moves into his house because he needs her to do anything he orders, meanwhile she must spy into Danuruj.