The Cup 2011: The Movie and the Story Behind it

In every sport there is a legendary event that defines a generation, whether it be the 2005 Liverpool FC victory over Milan for the Champions League in Istanbul, the 2008 Brazilian Grand Prix in which Lewis Hamilton won the World Championship at the last corner, or the astonishing Wimbledon victory of Boris Becker in 1985. These moments live on for years, providing moments of comparison and exemplary examples of how we’d like other games to be run. In the history of the Melbourne Cup, the 2002 race certainly meets this criteria.

What is the Melbourne Cup?

The Melbourne Cup is the most prestigious and famous horse race in Australia. It is often referred to as the race that stops a nation, due to the popularity of the race within Melbourne and Victoria. For most of the state, the day of the Melbourne Cup is a public holiday. For those who are elsewhere in the country, work, school and travel often stops for people to watch the race. Comparisons could be drawn to the Kentucky Derby in the United States and the Grand National in the United Kingdom, but the public’s interest and participation in the Melbourne Cup is even greater than for these other races. The race is held every year in the Australian Spring; the 2019 race will be run in early November, with horses Finche and Surprise Baby currently being in the favourite and tips to win. 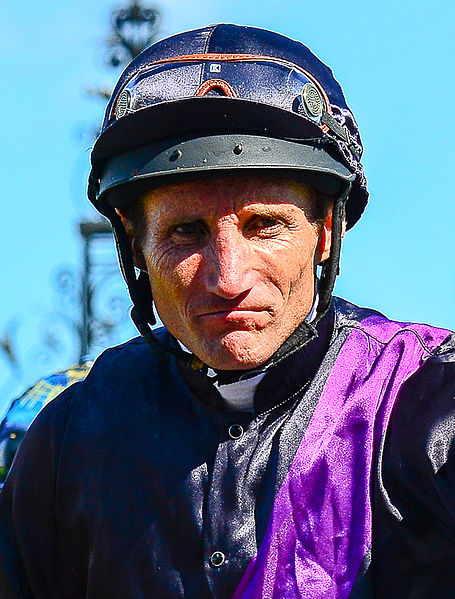 Photo by Chris Phutully, CC BY 2.0

Many argue that the 2002 Melbourne Cup was the most dramatic running of the event in its history. Damien Oliver was riding high that year, having recently won Australian Jockey of the Year. He won the Melbourne Cup that year, just a week after his older brother Jason died in a horse racing accident. After winning the race, Damien emotionally dedicated his victory to his late brother. However, the story goes a lot deeper than this.

Damien comes from a lineage of jockeys—both his father and grandfather had been involved in the sport. His father also died in an accident on a racetrack, meaning that Jason’s death brought back painful memories for Damien and all around him. Thereafter, he had to battle his emotions and decide on whether he wanted to compete in the Melbourne Cup in just a week’s time.

The 2011 movie The Cup is an emotional retelling of this story.

Being based on a true story, The Cup’s plot does not hold any surprises. It makes use of news reports throughout as its tool for telling the story, but this can be clunkily delivered by some of the actors who struggle. As you expect from a film about horse racing, there are plenty of action shots of horses cantering, making this an ideal experience for horse lovers (although there were better horse films released in 2011, including War Horse).

While The Cup depicts a deeply-moving story, it by no means lives up to the legendary status of the true story it retells. It lacks the ability to draw you in in the same way that other biopics can. It tells an emotional story, but really struggles to be truly soul-stirring. This is partly because the story doesn’t dig very far into the characters; they are all portrayed positively, which may be due to a desire to not upset the people depicted in the story or to try to be respectful to the Olivers. The viewer is left feeling that they could have gleaned just as much information by reading a news report or Wikipedia article about the race.

The Cup is an emotional depiction of the legendary 2002 Melbourne Cup. Whilst not a bad watch, it fails to be as legendary as the race itself. It’s difficult to put a finger on the exact problem, but it is likely a combination of the clunky storytelling and the film’s inability to delve deeper into the characters and instead choosing to portray them all in a positive light. One can speculate as to why this is—perhaps there is only positivity to show, or perhaps it’s because of the sensitivities of depicting real people who are still alive.