The Avengers: Age of Ultron is big and brash, with women leading the fight

Even in a year of huge blockbusters, an ‘Avengers’ film gets the attention of movie fans. The eleventh film in the Marvel Cinematic Universe, and Joss Whedon’s sequel to the $1.5Billion ‘Avengers Assemble’. Fan expectations are high, but do Earth’s Mightiest Heroes still have what it takes?

Robert Downey Jr returns as Tony Stark/Iron Man, now obsessed with keeping the world safe from the kind of threats the Avengers may not be able to stop. With the help of Dr Bruce Banner/The Hulk (Mark Ruffalo) he creates Ultron (James Spader), a highly sophisticated artificial intelligence. However, when Ultron concludes that humanity must evolve or be destroyed, the heroes must team up to stop Stark’s creation from creating Armageddon.

While no Marvel film is exactly low key, an ‘Avengers’ movie should be something special- a cinematic event, and to that end Whedon has succeeded. From the frenetic opening battle in the woods to the impossibly high stakes finale, a steady barrage of action scenes and witty one liners make the hefty 141 minute running time fly by. 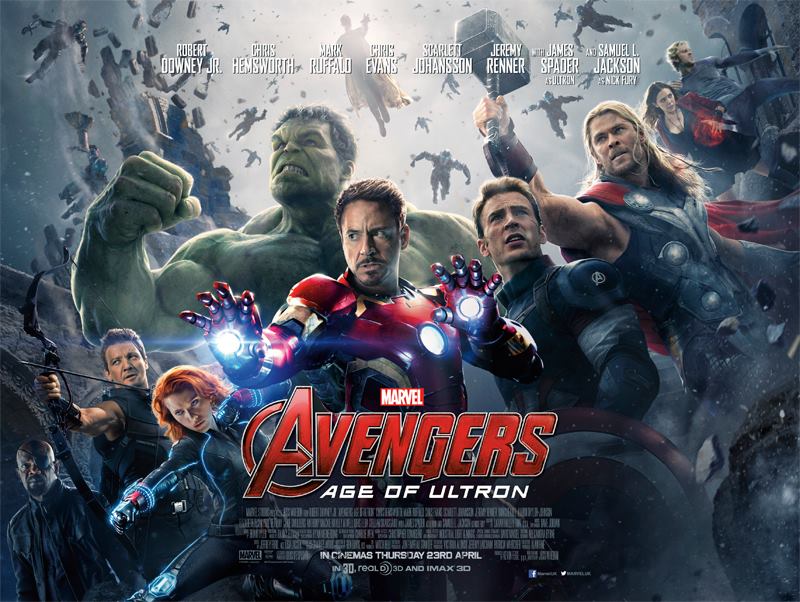 What makes it more than an explosion fest is Whedon’s script- heavy on humour, and fleshing characters outside of the ‘big 3’ of Thor, Captain America and Iron Man. Scarlett Johansson’s Black Widow has an interesting romantic storyline with Banner which delves into her past, and Jeremy Renner’s Hawkeye is developed beyond a simple team member.
The rhythm of the film is repetitive (‘funny bit-exposition-action-repeat’), and it’s hard to feel too much tension when you know at least three of the main characters are returning for future Marvel films, but at the film plays to its strengths and is all the more entertaining for it.

Chris Hemsworth, Downey Jr and Chris Evans are still the main focus, but there’s a whole host of additions as well. Aaron Taylor-Johnson plays Quicksilver, a decidedly different take on the same character from the last ‘X-Men’ film, while Elisabeth Olsen’s Scarlet Witch is interestingly one of the more powerful heroes in the film, a refreshing change in a male-dominated genre. 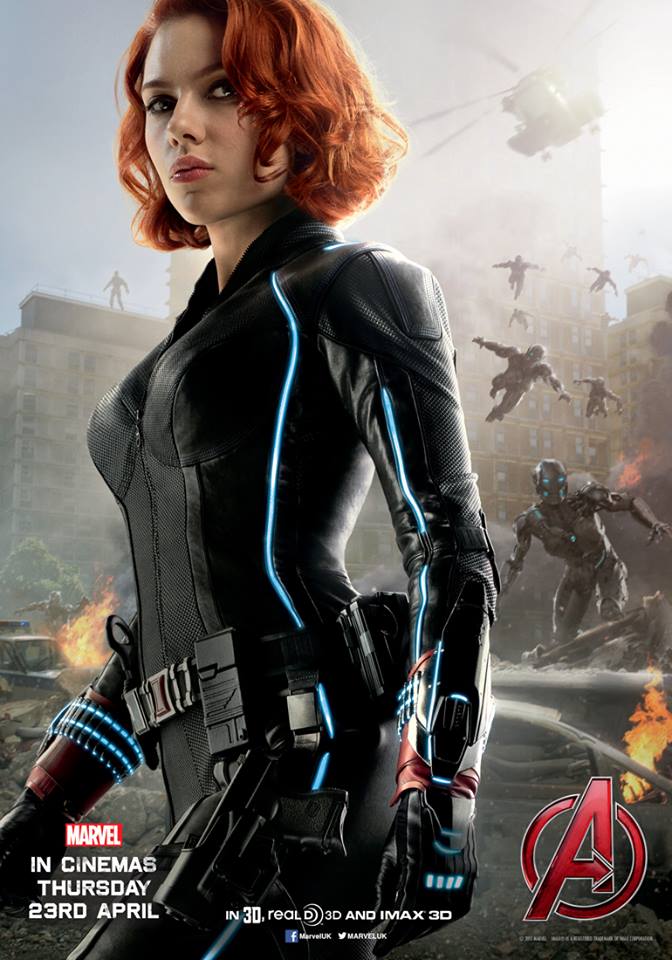 Scarlett Johannson is back as Black Widow (Marvel/AvengersAgeofUltron)

Thanks to James Spader, Ultron is arguably the most interesting Marvel villain since Loki. A charismatic, playful, psychotic robot, what could have been a bland special effect is given real menace thanks to Spader’s deep tones and nuanced motion capture.

While there are flaws (new character Vision is hard to swallow, even in a world of Norse gods and big green men), ‘Age Of Ultron’ is relentlessly a fun blockbuster that is as big and brash as you want it to be. And as the exciting mid-credits scene teases, there’s more to come…