Selena Gomez has been surrounded by boob job rumours for the past week or so, with her being spotted out and about, bra-less, last week, showing off her perky breasts. With her chest appearing way fuller than usual and a little dome like, we asked the inevitable question – has she gone under the knife? Apparently not, with a rep telling EntertainmentWise claims of a boob-job, were “absolutely not true”.

But, she does look a little bustier than usual, don’t you think? Maybe Sel has just had a growth spurt…or she may have just grown into that hot bod of hers.Selena has been rumoured to have been under the knife before, but the claims surfaced online once again last week, when she shared a VERY boobalicious snap of herself alongside some pals in New York, showing her basically falling out of her top. 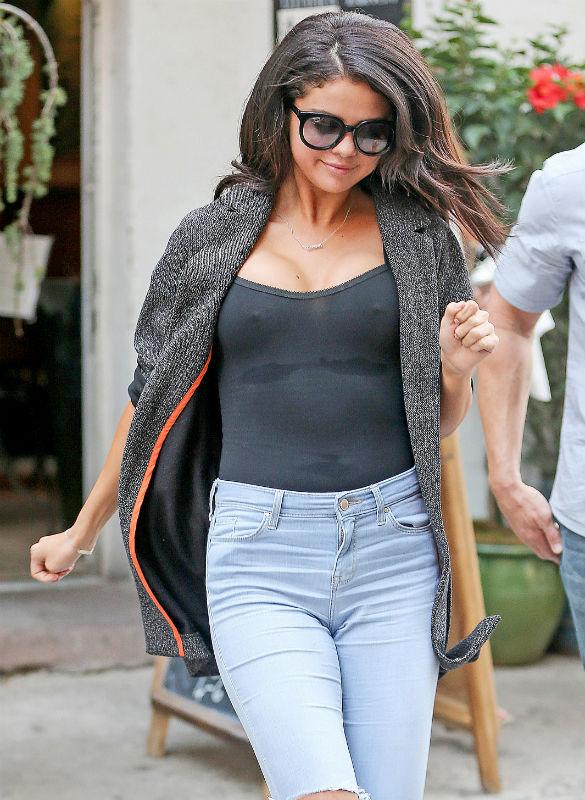 Selena’s tight top and lack of bra have got people talking, obviously (SplashNews)

And that’s not all! She then ditched the bra altogether, and was pictured still looking extremely pert. Along with some, rather unfortunate, sweat patches, being on display. Despite the rep’s denial, The Doctors co-host Dr. Andrew Ordon told gossip site RumorFix, that based on recent photographs of Selena compared to past photos, she has definitely gone under the knife. 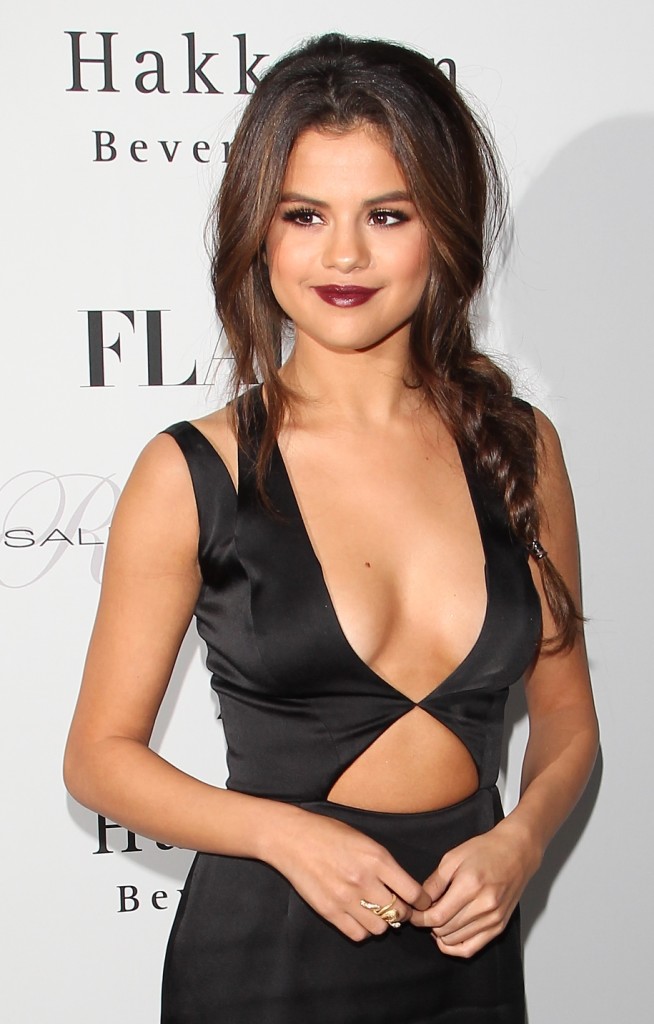 Dr. O told the site, when asked whether she had had a boob job, that she had had surgery “100 percent,” also revealing that it looks like she has gone from a B to a D” and “she’s showing them off proudly.”

This isn’t the first time that doctors have predicted that Sel has gone under the knife, with one surgeon previously telling In Touch magazine that her boobs had “doubled in size”, in a short period of time. Despite us thinking that Selena has the perfect bod, she has previously said that she isn’t 100% happy with the way that she looks, and that her BFF Demi Lovato often helps boost her confidence. The singer previously told J-14: “I’m not confident in myself, so I get down on myself and I believe some of the online stuff. 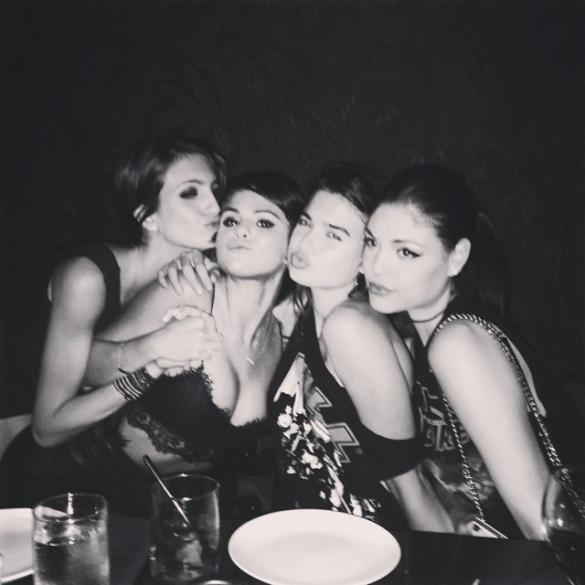 Selena and friends cuddle up for picture (SelenaGomez/Instagram)

“Demi’s the kind of person who is honest with me, and there to support me and tell me: ‘Don’t listen to that. Know who you are.’ And that really means a lot to me, because she’s honest with me and really harsh, but she does it because she loves me.”

What do you think?