It was probably a scene that left her then-boyfriend Danny Boyle feeling like a very lucky man indeed, but Rosario Dawson has revealed that her nude scene in her new movie Trance was absolutely necessary.

The actress, who dated Boyle after he directed her in the film, which is out now, said she was well aware what was expected of her character before she even auditioned for the part.

Dawson, 33, stars as hypnotherapist Elizabeth in Trance alongside James McAvoy, and goes full-frontal for one scene – something she had braced herself for when she went for the part.

“I knew that I would have to deal with it before I even auditioned,” Dawson told the New York Post. 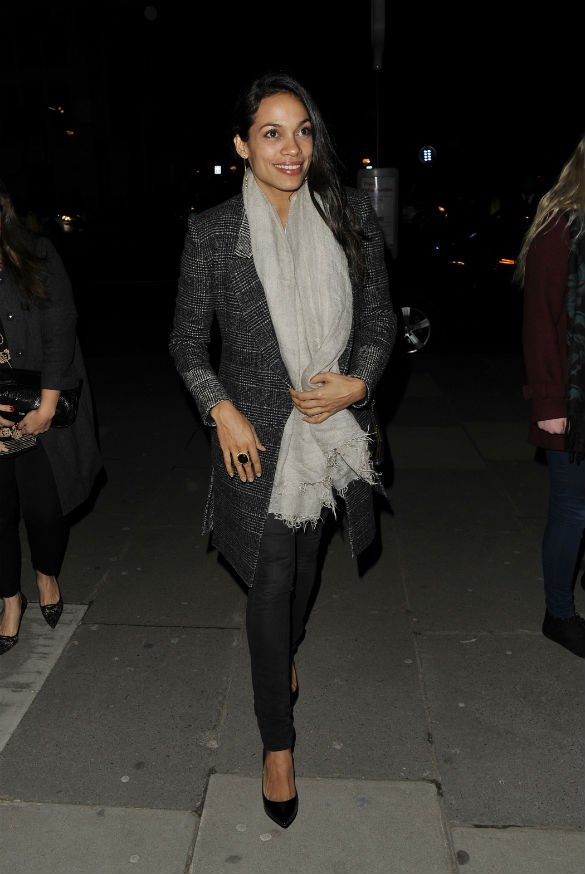 “It was non-negotiable, it was necessary . . . My lawyer and I had this whole moment where we had to talk about [detailed parts of the female anatomy] for the nudity clause and you think, ‘Is this happening?’ It’s kind of wild.”

Rosario was speaking at the Cinema Society premiere of the film in Los Angeles last night and spoke about how she had to make sure she was yprepared to go nude – in more ways than one!

In the movie, McAvoy’s character likes his women to be groomed ‘down there’ so Rosario had to comply, something she said she wasn’t happy about, as she also revealed her name for her genatalia!

“Waxing hurts!” she told Vulture. “I wasn’t thrilled about that. The General, she was angry with me for a little while! I should say … hold on … Oh, I’m so embarrassed! … I was thinking, it would be like she was gnarly. She was mad. I don’t know. I can’t think of it. I’m going to get myself in trouble.”

And she added that she had given ‘The General’ a break for the colder climes as she added: “Got the winter do going on. I’m happy.”

Trance is in cinemas across the UK now, and goes on release in the US tomorrow.

Tags : Danny Boyle
For more great articles like this