Mark Wahlberg has spoken out on his now infamously uncomfortable appearance on The Graham Norton Show back in February where the Transformers: Age of Extinction star appeared to be drunk to the point it made for some seriously cringe-worthy viewing.


Mark sent Twitter into meltdown earlier this year when he sat down on Graham’s couch seeming to be slightly worse for wear during his appearance on the BBC chat show. Fans were quick to pick up on the Hollywood hunk’s antics which included sitting on the chat show host’s lap and playing with his nipples, as well as getting a little too up, close and personal with his fellow guest US comedian Sarah Silverman. Basically it was all sorts of awks on all sorts of levels.

Months later though, and Mark has insisted it was all a bit of acting!

Speaking to Digital Spy last week, Wahlberg claimed that his erratic behaviour, which also saw him constantly interrupt Silverman during her interview, had been planned. “I tried to do a bit, and some people took it a little too seriously,” he explained. 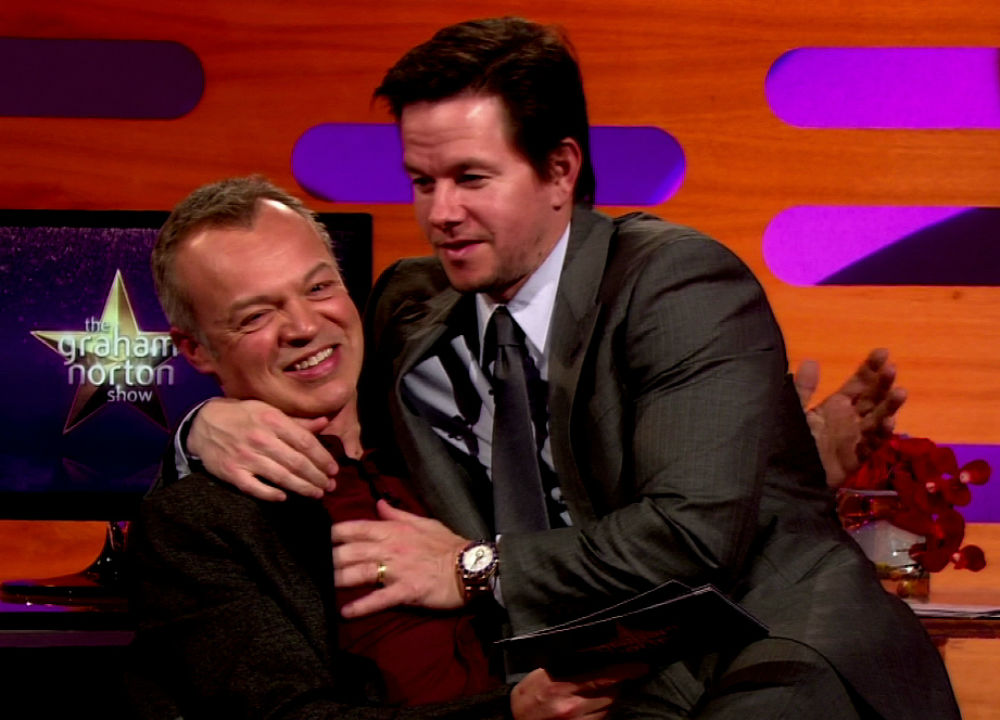 Mark Wahlberg cosies up to an uncomfortable Graham Norton (BBC)

“I think the three of us had met a lot of drunk people over the years,” Norton said. “Mark Wahlberg’s been on the show before and he’s a really lovely guy.”

“We’ve all done that thing where you suddenly realise, ‘I’m by far the drunkest person at this dinner party’ and you don’t know how that happened. It was a bit like that, so I don’t judge him harshly at all. It was just a thing,” he added.