Iggy Azalea’s net worth will BLOW YOUR MIND

There has been a huge question mark over Iggy Azalea’s net worth with the last 12 months being her most successful year to date thanks to a string of chart-topping singles and lucrative fashion deals. But just how much is the rapper expected to have earned by the time 2014 is over?

The 24-year-old has come a long way from her humble roots in Australia, swooping into the hip hop scene and stealing the spotlight from Nicki Minaj to become the hottest female rapper of the moment. Iggy completely ruled this summer, spending seven weeks at the top of the Billboard Hot 100 chart in May with her smash hit single Fancy, which preceded multiple award wins. 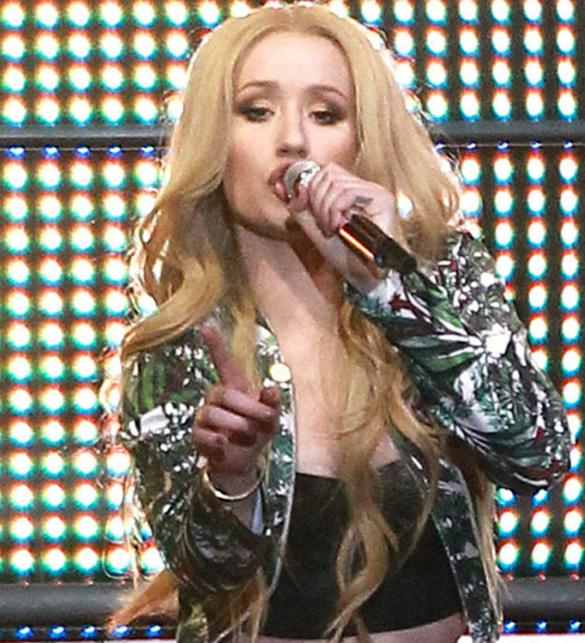 Iggy Azaela is worth how much? (Splash News)

Music isn’t the only avenue which Iggy has been cashing in from though as the blonde beauty also signed what is no doubt a lucrative deal with Forever 21 to model their new range alongside her NBA star boyfriend Nick Young. The cute couple have just purchased a house together so we’re betting their earnings from the line will go straight into a grocery savings jar – or probably something a little more plush than groceries. 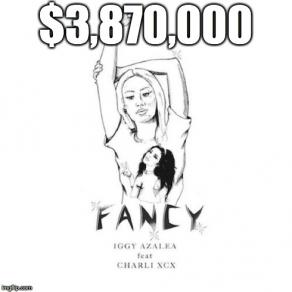 Iggy Azalea made SO MUCH from her his single Fancy (Sony) 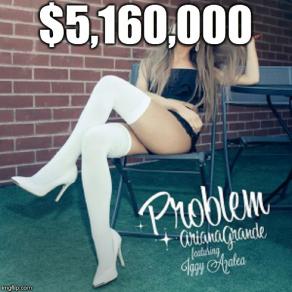 No problems for Iggy Azalea here 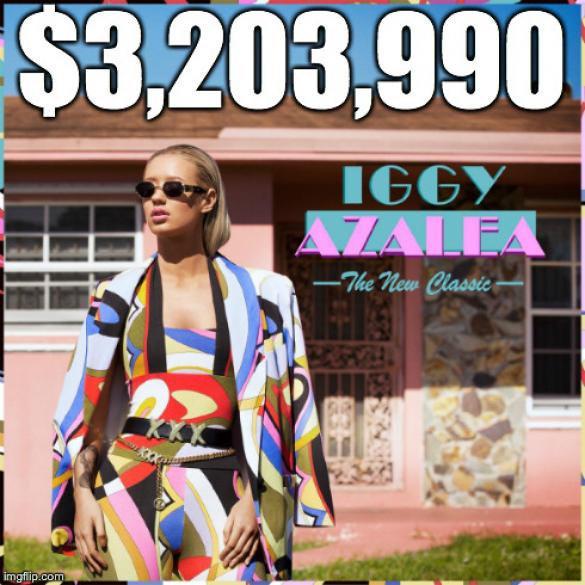 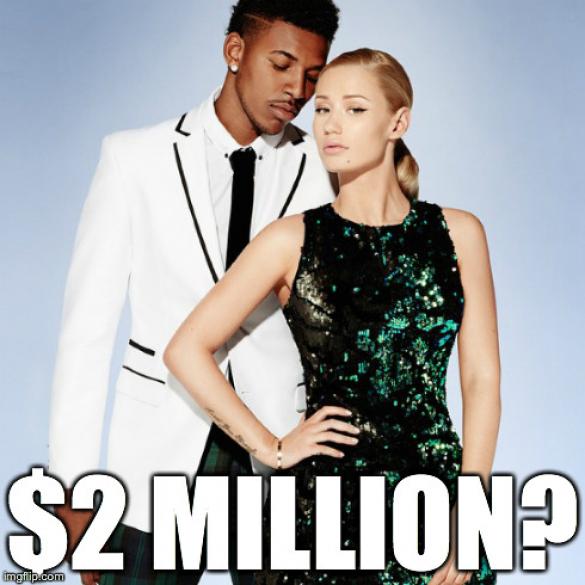 Forever 21: Celebrities can earn several millions for supporting a well known brand, but for a rising star like Iggy and the fact she’s sharing the deal with her boyfriend Nick Young, we’re going to estimate she could personally pocket around $2 million – but, that’s literally a guesstimate.

Iggy Azalea’s 30 second stint in Fast and Furious made WHAT? 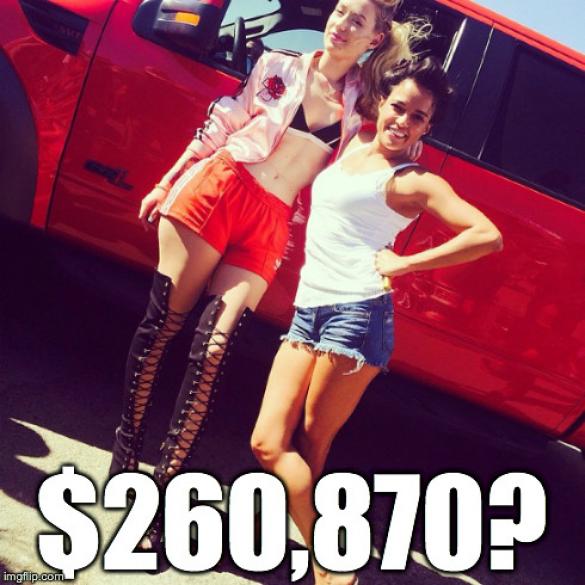 Fast & Furious 7 cameo: Speculation on various online outlets suggest that Iggy was paid $260,870 for her brief appearance in the next installment of the racing film.

Iggy struck gold when she hit up a casino in Atlanta back in September, going home with $10,000. She wasn’t shy about bragging about this on Instagram after!

On the flip side…

The House: With all those dollars coming in each month, it was only a matter of time before Iggy set up a home with her beau Nick, who is wealthy in his own right being a player for the LA Lakers, with the couple buying Selena Gomez’s former home in Tarzana, California, for a reported $2.175 million. 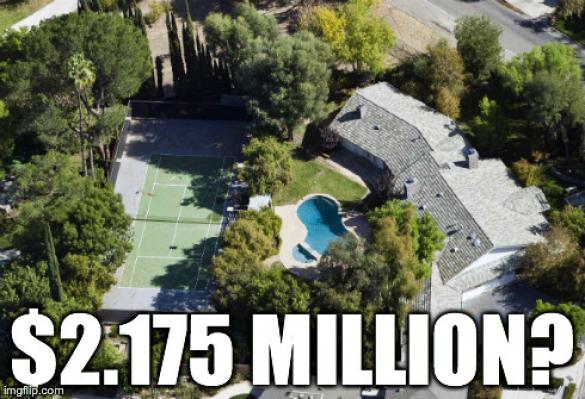 In October 2013, Iggy was invited to a dinner date by a Russian oil tycoon who was willing to cough up £1 million for the pleasure but the rapper could not be bought, and is said to have rejected the offer.

So Iggy Azalea’s net worth comes to…

Sources close to Iggy and from her Def Jam record label reportedly told Billboard that the Australian could pocket between £3 million and £5 million by the end of 2014. Update: According to sites like Celebrity Net Worth & Muzul.com Iggy Azalea now makes about a million a year, and her net worth is estimated at around $6 Million in 2018. Looks like she is not doing to bad for herself. 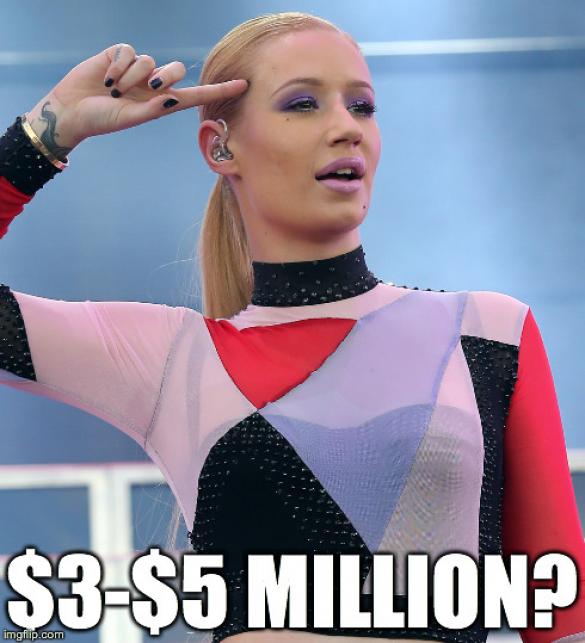 It’ll be a comfortable Thanksgiving and Christmas in the Iggy and Nick household!