If I Stay movie: 5 things totally wrong (including that sex scene)

If I Stay, the new big screen teen tear-jerker, was widely expected to win the US box office last week, after a ton of hype around Chloe Moretz’s new movie. In the end, the film floundered, taking in just over $16 million and sliding into a disappointing third place finish. So what went wrong?

On paper If I Stay looks like a surefire success. If follows the huge success of The Fault in Our Stars, which took an impressive $48 million earlier this year. Like TFIOS, If I Stay is based on a hugely popular YA novel, stars a gorgeous Hollywood up and comer (Shailene Woodley for Fault and Chloe for If I Stay) and has the golden ticket of a ready-made fan base.

Costing just $11 million to make, those opening takings aren’t a catastrophic disaster for Warner Bros, but with all those points in its favour, something went wrong somewhere in the book to big screen translation. After catching a screening last night, here’s our must-try-harder pointers…

In Gayle Forman’s book, the first time Adam (Jamie Blackley) and Mia (Chloe) have sex is actually pretty beautiful, if a little over-the-top in its cheesy dialogue (“I want you to play me like a cello”). But the cheese level goes into overdrive when the big moment hits the big screen. Comparing doing it to playing music, while they get busy in a dusty boat shed is just too cringe-worthy. 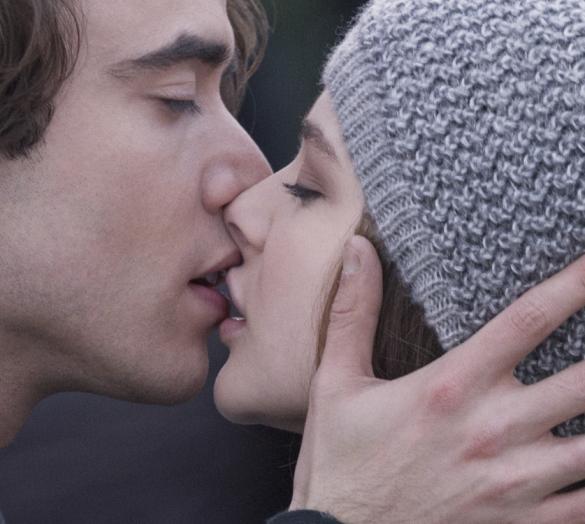 If I Stay sex scene was all kinds of cringe (Warner Bros.)

In the book we see a lot more of Kim and Mia’s friendship but Chloe’s onscreen BFF barely gets a look-in in the movie, which disappointingly means not very much screen time for the brilliant Liana. One welcome change though is Kim’s closeness to Adam in the film, with the two sharing a tender moment on the hospital rooftop. But it’s Liana’s understated screen presence (compared to other cast member’s some serious bouts of over-acting) in scenes like this which make it hard to work out why she wasn’t a bigger part of the film.

3. Chloe Moretz is just too cool

At just 17, Chloe has played a long line of seriously cool characters, most notably Hit-Girl in the Kick Ass films. We’re not knocking her acting ability, but however hard she tries, Chloe cannot pull off dorky loner. The story wants us to believe that Mia is an outsider, both in her family and at school, thanks to her love of the cello and introverted attitude. Plus she apparently has had zero attention from boys throughout high school. But one look at that plump pout and perfect skin (seriously, we’ve never seen a more dewy complexion in HD) makes it very hard to grasp that Mia is too uncool for school. And it’s not just down to her looks, Chloe is just too spirited to be a wallflower. 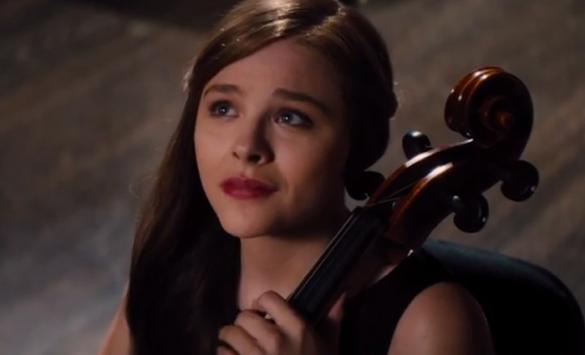 If I Stay’s Chloe Moretz is way too cool (Warner Bros.)

There’s been no problem with spoilers in the promo run for If I Stay. The trailers lay it all out for anyone who hasn’t read the book. Mia’s family are killed in a car crash on an unexpected snow day, leaving the teen to struggle with the ultimate choice – should she go with her family or stay, and will herself to wake from a coma, so she can be with Adam. The trouble is, the story’s most shocking moment, the car crash, has absolutely no impact. Ten minutes into the film, we’re left with the daunting prospect that flashbacks, and mopey hospital scenes will fill the remaining 90 minutes. Yes, Forman’s book is not about the death scene, it’s about Mia’s choice but the narrative focus just feels way to drawn out when it’s transferred to the big screen. If the filmmakers had stopped messing around with the chronology, we could have had the surprise value that The Fault in Our Stars handled a lot better.

And that brings us to the finale. After a long 90 minutes, the abrupt end scene has seriously angered some fans, with one furious viewer declaring on Twitter after their cinema trip: “Every single girl in this theatre is about to start a riot at the ending to If I Stay.” Yikes.

If I Stay hits UK cinemas on Friday August 29.