Find out whether Up in Arms is available for streaming via Netflix UK, Prime Video UK, Now TV, Sky GO or any other British streaming service.
Up in Arms 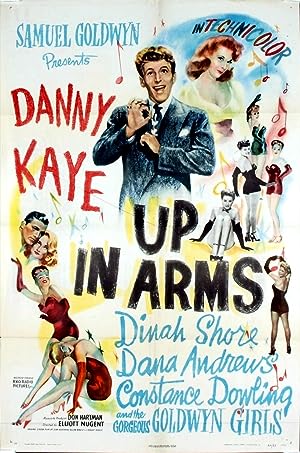 Hypochondriac Danny Weems gets drafted into the army and makes life miserable for his fellow GIs. He's also lovesick when it comes to pretty Mary Morgan, unaware that she's in love with his...

Up in Arms streaming: download/stream links