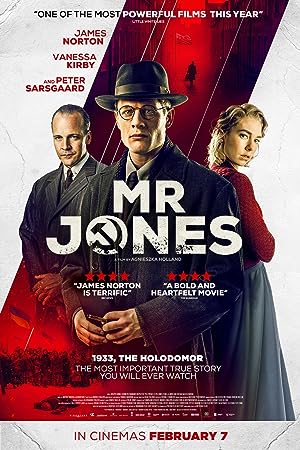 A Welsh journalist breaks the news in the western media of the famine in the Soviet Union in the early 1930s.