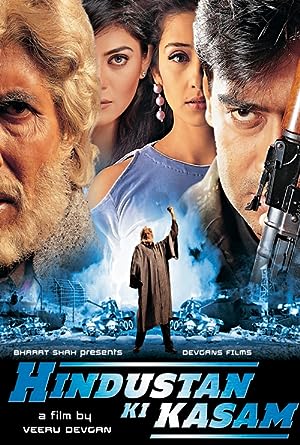 A pair of twins separated at birth. One grows up as a Hindu in India, while the other is raised a Muslim in Pakistan. They are forced to battle each other during an Indo-Pak war.