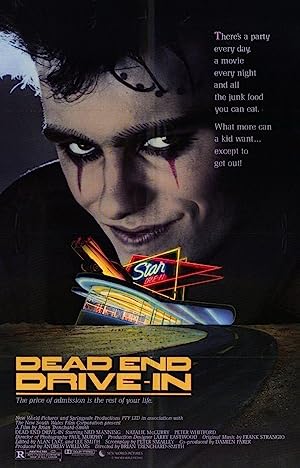 In the near future, a teenage couple are trapped in a drive-in theater which has become a concentration camp for social outcasts. The inmates are treated to drugs, exploitation films, junk food, and new wave music.

TAGLINE: "There's a party every day, a movie every night, and all the junk food you can eat. What more can a kid want... except to get out."