Find out whether Chuck is available for streaming via Netflix UK, Prime Video UK, Now TV, Sky GO or any other British streaming service.
Chuck 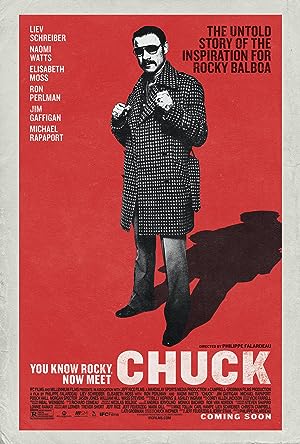 A drama inspired by the life of heavyweight boxer Chuck Wepner, who had a once in a lifetime bout with Muhammad Ali that would inspire the film, Rocky (1976).