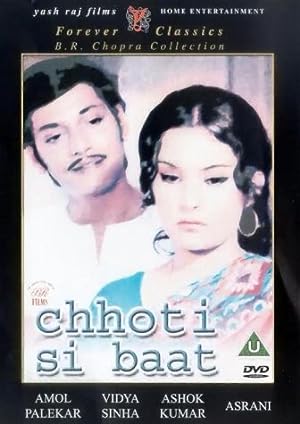 Arun (Amol Palekar) is a shy accountant in Bombay who dreams of romancing Prabha (Vidya Sinha), but never gets past following her around without managing to actually speak up. While Arun ...