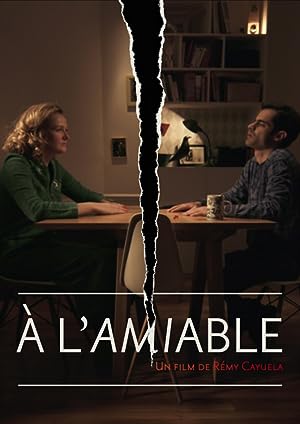 In the darkness of their living room Guillaume and Caroline are fighting for their common goods, splitting them with a dice game.