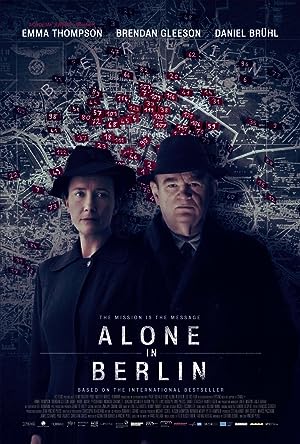 After a Nazi German working class couple loses their son in World War II, they decide to retaliate by secretly leafletting handwritten cards in Berlin denouncing their government.