Fifty Shades Of Grey: Tension on set as Jamie Dornan gets ‘protective’ of Dakota Johnson

Fifty Shades of Grey is meant to be steamy onscreen but it seems things are also hotting up on set with a new report claiming there’s “tension” between director Sam Taylor Johnson and writer E.L. James.

The adaptation of the bonkbuster has been shooting since last year with Dakota Johnson and Jamie Dornan in the lead roles and according to an onset source there have been a few discrepancies between the director and author.

“Sam is getting annoyed about the way the script is being handled,” a source reportedly told E!News. 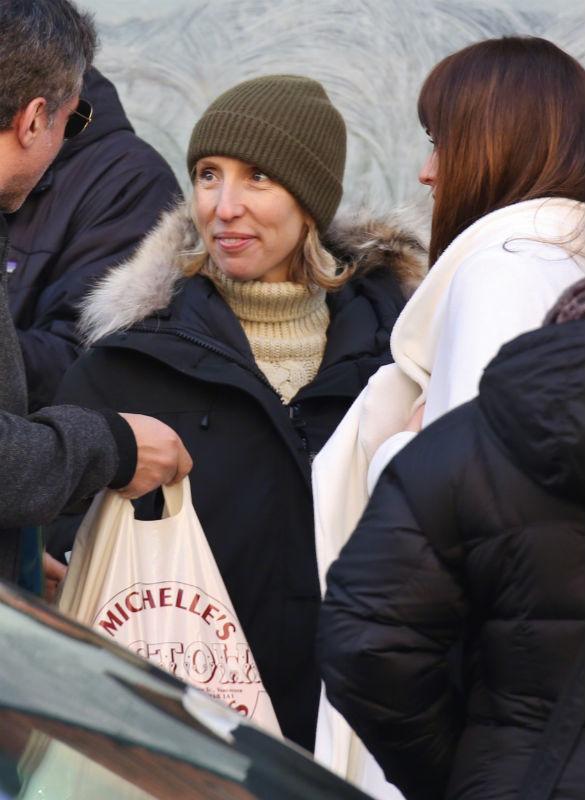 “E.L. James wants the movie to match the book exactly, but Sam has a different perspective. Sam is reminding E.L. she writes books and she makes movies. This has caused some tension between the two of them.”

Despite the claims Fifty Shades of Grey creator E.L James has always been hugely supportive of the female director and when she was confirmed as taking the helm of the movie told Vulture magazine: “She’s creative, incredibly talented, she’s got an extraordinary eye. She had a good idea about the whole Fifty experience, she understands it … And I thought: ‘There’s a woman I can go and get drunk with’.”

While there may be reports of creative differences, the insiders went on to claim the relationship between the lead lovers is just as close off camera. Nothern Irish actor Dornan is reportedly “protective” of newcomer Dakota and has taken her under his wing on set.

“Jamie Dornan is really protective over Dakota,” the source revealed. “She is very friendly and talks to everyone [crew, security, etc.] Jamie stays to himself and does not talk much. Jamie thinks Dakota gets really distracted, because she is so nice to people and so he will walk over to who she is talking to and try and end the conversation. He is nice about it, but he does ask them to leave her alone.” 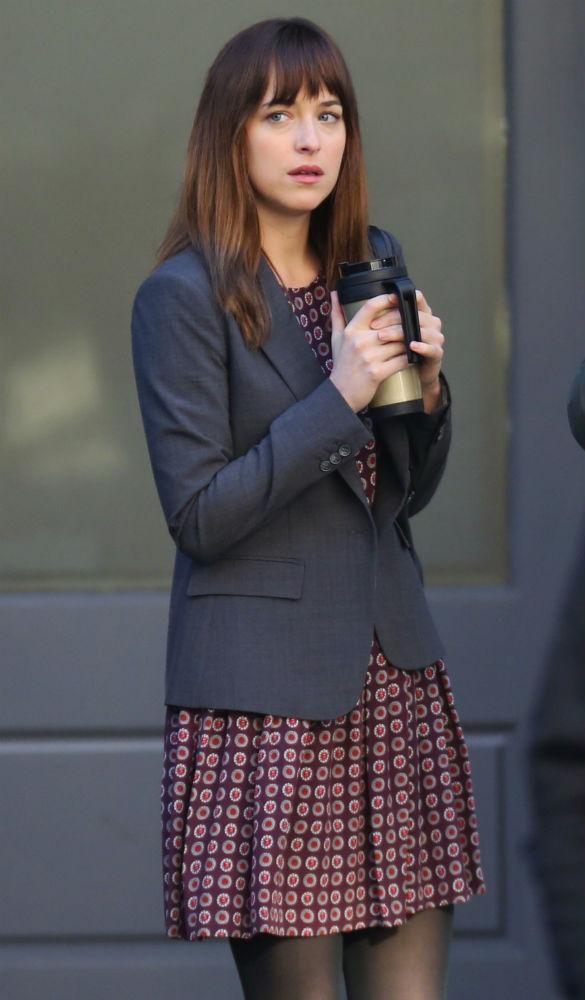 Despite being a relative unknown the young actress is said to be “nailing” her role as Anastasia Steele.

“Everyone on set loves Dakota,” they claimed, “Sam has a great relationship with the actors. The script is running smoothly and there is not a lot of re-shooting that has had to be done.”

We can’t wait to see the finished product when it hits screens on Valentine’s Day 2015.