EXCLUSIVE: Blake Rayne denies The Identical is based on the life of Elvis Presley

In the new movie The Identical, newcomer Blake Rayne plays a hip-shaking, black-haired rock ‘n’ roll superstar—whom just happens to have a back-story and look that is, well, identical to Elvis Presley.

Despite the similarities his character, Drexel “The Dream” Hemsley, has to the original King of Rock ‘n’ Roll, Rayne says that the movie is not actually based on Elvis Presley — or anyone else, for that matter.

“We set out to make this character a combo of every rockstar in the ‘50s and ‘60s,” Rayne told EntertainmentWise in an exclusive interview.

“In the clips that people have seen, it is the part set in the 1950s so the character does kind of resemble Elvis, but as the movie progresses you can clearly see other influences, from the look, the hair and the clothing changes. We set out for the dance and choreography to emulate everyone from Elvis to Jerry Lee Lewis, to The Beatles, to Jim Morrison. We incorporated all that. The story is not about Elvis Presley at all.” 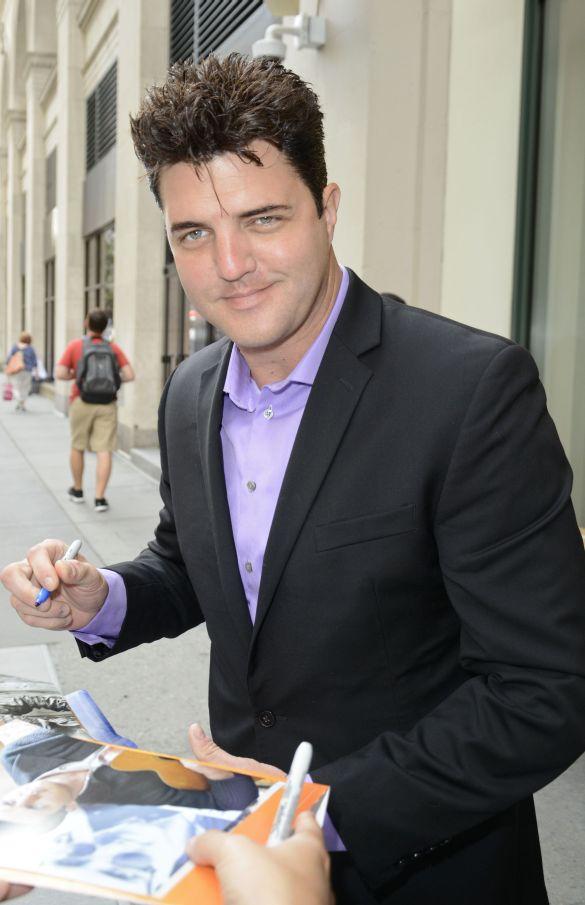 The Identical centres on the lives of Drexel and his identical twin brother, Ryan, who were split up as babies when their parents realised they were too poor to raise them both. Much like Elvis Presley, who had a twin brother that was stillborn, Drexel lives with his poor family, while Ryan is adopted by a preacher and his wife (played by Ray Liotta and Ashley Judd).

Ryan watches as Drexel becomes an international music sensation, unaware that he is his twin brother. When he decides to enter a Drexel lookalike contest, everything changes for Ryan, and he ends up going on tour singing his twin brother’s hit songs.

Very few actors have been able to successfully pull off a dual role in a film as Rayne has done. What’s even more incredible is that this is Rayne’s first acting role—ever! Like his character Ryan, Rayne’s life changed forever after he entered an impersonator contest.

“I used to build websites for a living, and as a joke my mom was trying to get me to enter an Elvis Presley impersonator contest,” Rayne said. “I think she expected me to say no but I entered the contest, even though I had never done any singing before. I didn’t even know anything about Elvis. I ended up winning and all of these doors just opened for me. 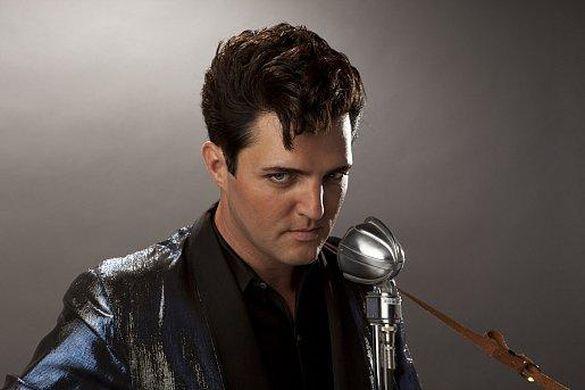 “I eventually ended up going on tour all over the world as an Elvis impersonator. That led to a song-writing deal in Nashville, and that led to me meeting the film’s director at a music studio, and that’s how I got the role.”

Playing two roles in a movie alongside Ray Liotta and Ashley Judd was no easy task. In fact, Rayne said that when he found out that Liotta would be playing his father in the film, it made him so nervous that he almost started crying. “This is the guy you see in the gangster movies, and he brings so much to the set, so much energy and professionalism. It was so intimidating,” he said.

Rayne was shocked when Liotta flew into Nashville two weeks before The Identical shooting began so that he could get to know Rayne. “He came out just to hang out with me so that we could become friends, and have that the father/son relationship,” Rayne said. “So the first day on set was really comfortable. Ashley Judd, Seth Green, they all kind of embraced me and went out of their way to make me feel comfortable.”

Rayne said he was surprised at how nice everyone was, particularly the big-name actors. “You never know how it is going to be,” he said. “It could have been so different than it was.” Rayne was able to watch his famous co-stars work, and said he picked up a lot of tricks and tips from them. “I watched [Liotta] like a hawk and I learned so much,” he said. “Someday I hope to be able to do the things that he does.”

In addition to tricks of the trade, Rayne said Liotta also taught him another big lesson: don’t watch your own movies.

“I asked Ray what it’s like watching yourself onscreen and he told me ‘It’s miserable,’” Rayne said. “He said he’s hardly seen any movies he’s ever been in. I’ve seen The Identical several times, having had to grit my teeth and sit through several screenings. You can’t help but critique every little thing you do. Ray Liotta was totally right about that.”