Notorious groover Dermot O’Leary is bringing the 24 hour party to Comic Relief as we speak by dancing for an entire day with NO breaks – apart form going to pee, obviously. Sounds like a hoot, right? Well, follow your red button and see show much fun dancing solidly without the aid of a vodka red bull really is.

The X Factor presenter is raising thousands, with the current tally at well over 100K for Comic Relief, by dancing non-stop with no sleep or anything since 8pm last night and will carry on shaking his snake-hips until 8pm tonight during this evening’s live telethon. But he’s got a few friends to help him along the way.

Clean Bandit kicked off Dermot’s danceathon with their party banger Rather Be, while he’s also been treated to live performances from Rizzle Kicks’s Mama Do The Hump, Blue’s All Rise and Little Mix! Seriously Derm’s, we feel for you babes. Although, the Kaiser Chiefs cheered the usually perky presenter up with a string of classic hits. 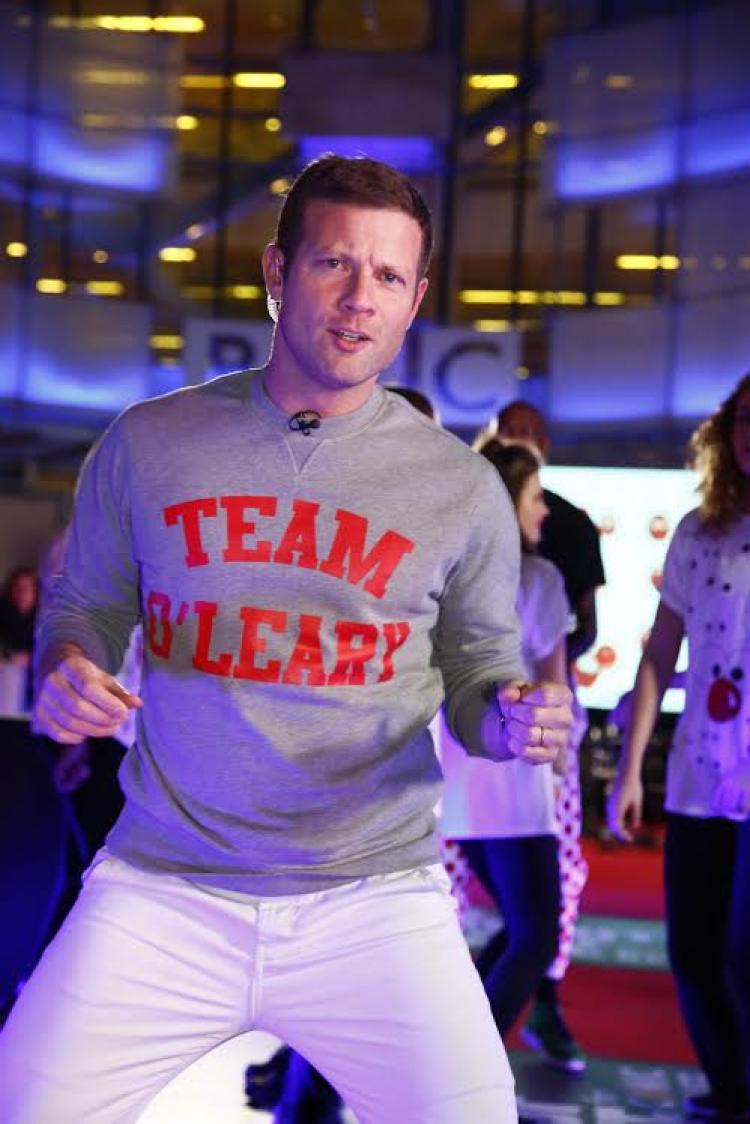 Thankfully some famous faces including Jamie Oliver, Holly Willoughby, Rita Ora, Lenny Henry, Matt Baker and Alex Jones have all joined in to spur the 41-year-old on. “I’ve done a couple of marathons but nothing has prepared me for this,” said the former T4 host in between desperate gasps for breath. You can do it Dermot!

Viewers can tune in to watch Dermot’s Day of Dance live on the BBC 2 website or alternatively by pressing the little red button ahead of tonight’s BBC1 Comic Relief broadcast. Money raised from Dermot’s Day of Dance will go to help give street children in Kenya and underprivileged young people living in the UK.

Tonight’s show will feature exclusive sketches from Little Britain, starring Stephen Hawking and The Vicar of Dibley who returns for a one-off special all in the name of charity.

To sponsor Dermot, donate whatever you can to rednoseday.com/Dermot