She boasts some of the most high-profile friendships in the world, regularly being pictured out and about with celeb pals Kendall Jenner, Taylor Swift and Selena Gomez, to name but a fraction, but it looks like when it comes to romance model-of-the-moment Cara Delevingne is a lot more low-key.

The supermodel has reportedly found love with US singer St. Vincent, with the pair openly sharing a smooch at the BRIT Awards afterparty on Wednesday. The Digital Witness hitmaker — who lost out on Best International Female to Cara’s friend Swift on the night — and the 22-year-old were allegedly super close at the event, and an Instagram video even shows Delevingne stroking the back of the singer’s neck as they sit around their table alongside Ellie and Taylor.

“They made no effort to hide their affections,” an eye-witness told The Sun. The duo were also seen leaving Universal’s after, after party together at 3am. Reports are claiming that the romance has been going on for quite some time now, with the girls allegedly getting together in December. 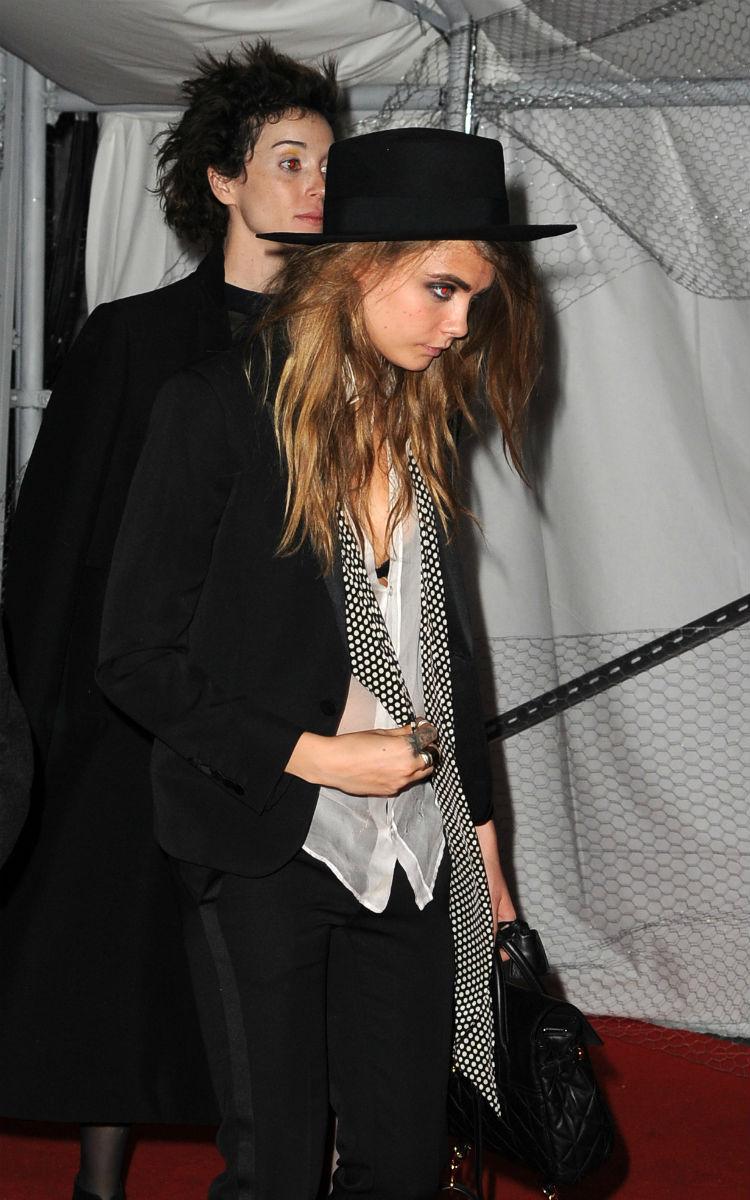 The Burberry model has supposedly been following St. Vincent — real name Annie Clark — around the globe during her tour.The 32-year-old, who recently made Grammy history by becoming the first female solo artist to bag the Best Alternative Album award — has a huge fan base across the pond who have already picked up on her romance with Cara, prompting them to refer to the couple as “Cannie”.

Delevingne has been spotted at seven St. Vincent concerts in the last four months, including dates as far off as Tulsa and Tokyo. It’s believed the pair even enjoyed a holiday together in Bali not too long ago, with Cara even meeting Annie’s family.

When quizzed on her sexuality previously, the Oklahoma native revealed she doesn’t identify as one single sexuality. “I don’t think about those words,” she told Rolling Stone. “I believe in gender fluidity and sexual fluidity. I don’t really identify as anything.”Cara appears to follow a similar state of mind as her rumoured beau, having dated both men and women in the past. The pretty blonde dated musician Jake Bugg in early 2013 and Fast & Furious actress Michelle Rodriguez in January last year. The star also shared a picture of herself wearing a “We Are You” T-shirt in honour of National Coming Out Day last October. She wrote: “Doesn’t matter who you are or what you believe in, we are one! Go get yourself one of these shirts right now!”