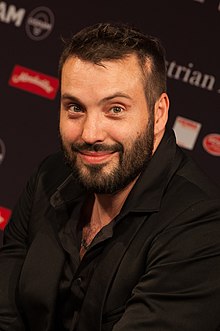 Get to know the 40-year old actor, musician, Václav Noid Bárta, before he got famous (e.g. Eurovision Song Contest 2015 ). IMDB reports Prísne tajné (TV Series) was Václav Noid Bárta's first TV appearance in 2008. In 2010 he starred as Krizek in his first movie Akte Kajínek . His home town is Prague, Czechoslovakia. He is of Czech ethnicity. Václav Noid Bárta was born on October 27, 1980 on a Monday.