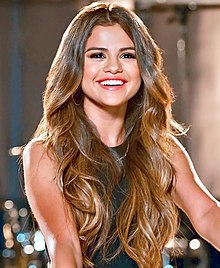 Selena Gomez released Selena Gomez and the Scene - Falling Down, from the album Kiss and Tell in 2009.

Selena Gomez - Come & Get It Views: 526,370,784 Share your real life experiences with Selena Gomez here and rate your meeting! Correct our wiki/bio - is she not gay or straight or of different heritage? Let us know!