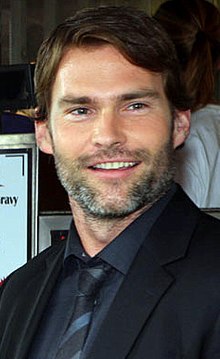 Get to know the 47-year old actor, comedian, Seann William Scott, before he got famous (e.g. American Pie). IMDB reports Gomorron was Seann William Scott's first TV appearance in 1999. In 1996 he starred as Moondoggie in his first movie Unhappily Ever After. His home town is Cottage Grove, Minnesota, USA. His parents William Frank Scott & Patricia Anne Simons Scott are of German, Irish, Scottish, English, ethnicity. Seann William Scott was born on October 3, 1976 on a Sunday.

Sean William Scott for 'The Dukes of Hazard'