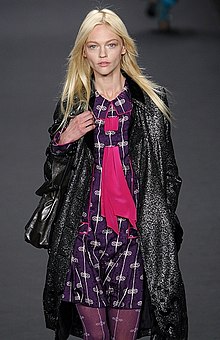 Get to know the 36-year old actress, model, Sasha Pivovarova, before she got famous (e.g. The longest appearing fashion model for Prada). IMDB reports Walking (Documentary short) was Sasha Pivovarova's first TV appearance in 2017. Her home town is Moscow, Soviet Union. She is of Russian ethnicity. Sasha Pivovarova was born on January 21, 1985 on a Monday.

Trips, Falls and Fun on the Catwalk Views: 2.030.388 Share your real life experiences with Sasha Pivovarova here and rate your meeting! Correct our wiki/bio - is she not gay or straight or of different heritage? Let us know!