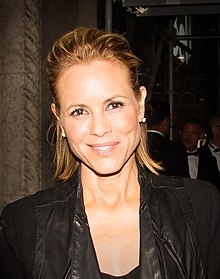 Get to know the 55-year old actress Maria Bello, before she got famous (e.g. Dr. Anna Del Amico On E.R. (1997-1998)). IMDB reports The More You Know was Maria Bello's first TV appearance in 1989. In 1992 she starred as Eddie in her first movie Maintenance . Her home town is Norristown, Pennsylvania, United States. Her parents Joseph & Kathy are of Italian, Polish, ethnicity. Maria Bello was born on April 18, 1967 on a Tuesday.

Maria Bello - [Aug-2000] - interview (part 1) Share your real life experiences with Maria Bello here and rate your meeting! Correct our wiki/bio - is she not gay or straight or of different heritage? Let us know!