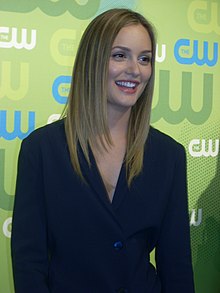 Get to know the 37-year old actress, musician, model, Leighton Meester, before she got famous (e.g. Gossip Girl). IMDB reports Cartaz Cultural was Leighton Meester's first TV appearance in 2003. In 1999 she starred as Alyssa Turner in her first movie Law & Order. Her home town is Fort Worth, Texas. Her parents Douglas Meester & Constance Meester are of German, Irish, Danish, English, ethnicity. Leighton Meester was born on April 9, 1986 on a Wednesday.