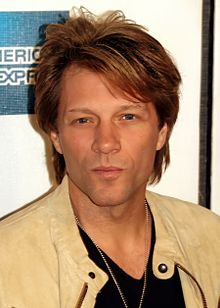 Scandal: Love's Got a Line on You, Version 1 (Video short)

Bon Jovi - It's My Life Views: 510.028.901 Share your real life experiences with Jon Bon Jovi here and rate your meeting! Correct our wiki/bio - is he not gay or straight or of different heritage? Let us know!