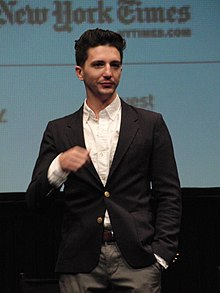 Get to know the 38-year old actor John Magaro, before he got famous (e.g. My Soul to Take). IMDB reports Made in Hollywood (TV Series) was John Magaro's first TV appearance in 2012. In 2005 he starred as Prisoner in his first movie Prisoners of War (Short) . His home town is Akron, Ohio, U.S.. His parents Wendy & James Magaro are of Jewish, Italian, ethnicity. John Magaro was born on February 16, 1983 on a Wednesday.