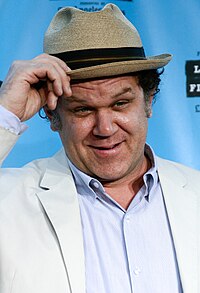 Get to know the 57-year old actor, comedian, John C. Reilly, before he got famous (e.g. Boogie Nights, Magnolia, Step Brothers). IMDB reports Cinema Cinema (Documentary) was John C. Reilly's first TV appearance in 1997. In 1989 he starred as PFC Herbert Hatcher in his first movie Casualties of War. His home town is Chicago, Illinois, U.S.. He is of Irish, Scottish, Lithuanian, ethnicity. John C. Reilly was born on May 24, 1965 on a Monday.

Jack Black, Will Ferrell, John C. Reilly sing at the Oscars® Views: 11.625.987 Share your real life experiences with John C. Reilly here and rate your meeting! Correct our wiki/bio - is he not gay or straight or of different heritage? Let us know!