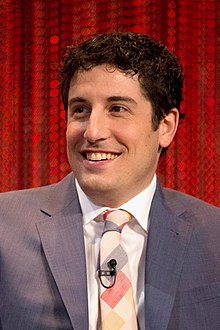 Get to know the 44-year old actor Jason Biggs, before he got famous (e.g. Jim Levenstein In American Pie Film Series). IMDB reports The 22nd Annual Daytime Emmy Awards was Jason Biggs's first TV appearance in 1995. In 1991 he starred as Robert in his first movie The Boy Who Cried Bitch . His home town is Pompton Plains, New Jersey, United States. His parents Gary Louis Biggs & Angela are of American ethnicity. Jason Biggs was born on May 12, 1978 on a Friday.

The Boy Who Cried Bitch

Jason Biggs & Alyson Hannigan Interview (American Pie 2) Share your real life experiences with Jason Biggs here and rate your meeting! Correct our wiki/bio - is he not gay or straight or of different heritage? Let us know!