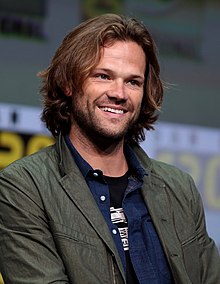 Get to know the 40-year old actor Jared Padalecki, before he got famous (e.g. Sam Winchester on Supernatural). IMDB reports The Teen Choice Awards 2003 (TV Special) was Jared Padalecki's first TV appearance in 2003. In 1999 he starred as Matt Nelson in his first movie A Little Inside. His home town is San Antonio, Texas, U.S.. His parents Gerald & Sherri Padalecki are of German, Scottish, English, Polish, ethnicity. Jared Padalecki was born on July 19, 1982 on a Monday.