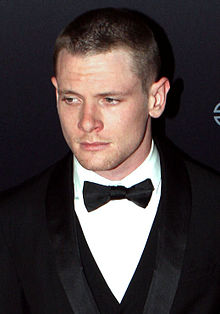 Get to know the 31-year old actor Jack O’Connell, before he got famous (e.g. Cook on Skins). IMDB reports T4 on the Beach 2009 (TV Movie) was Jack O’Connell's first TV appearance in 2009. In 2005 he starred as Connor Yates in his first movie Doctors (TV Series). His home town is Alvaston, Derby, Derbyshire, England. His parents Johnny Patrick O'Connell & Alison (née Gutteridge) are of Irish, English, ethnicity. Jack O’Connell was born on August 1, 1990 on a Wednesday.

Unbroken - Official Trailer (Universal Pictures) HD Views: 2.701.224 Share your real life experiences with Jack O’Connell here and rate your meeting! Correct our wiki/bio - is he not gay or straight or of different heritage? Let us know!