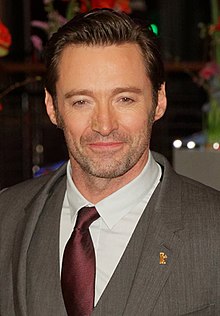 Get to know the 54-year old actor Hugh Jackman, before he got famous (e.g. Logan, A.K.A. Wolverine in The X-Men movies; Boy from Oz, Les Misérables). IMDB reports Carols in the Domain (TV Movie) was Hugh Jackman's first TV appearance in 1983. In 1994 he starred as Charles 'Chicka' McCray in his first movie Law of the Land (TV Series) . His home town is Sydney, New South Wales, Australia. His parents Grace McNeil (née Greenwood) & Christopher John Jackman are of Scottish, English, Greek, ethnicity. Hugh Jackman was born on October 12, 1968 on a Saturday.

Law of the Land (TV Series)

Hugh Jackman Talks About Wolverine, and His Son

Hugh Jackman auditions for the part of Wolverine in X-men
- Read: Celebrity Audition Tapes You Will Never Forget

Eminem - Till I Collapse [HD] Views: 161.779.502 Share your real life experiences with Hugh Jackman here and rate your meeting! Correct our wiki/bio - is he not gay or straight or of different heritage? Let us know!