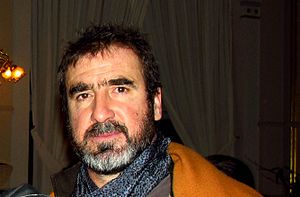 Get to know the 57-year old actor Eric Cantona, before he got famous (e.g. French actor and former international footballer for the French national team). IMDB reports Champs-Elysées (TV Series) was Eric Cantona's first TV appearance in 1990. In 1995 he starred as Lionel in his first movie Le bonheur est dans le pré. His home town is Marseille, France. His parents Albert Cantona & Éléonore Raurich are of French, Italian, Spanish, ethnicity. Eric Cantona was born on May 24, 1966 on a Tuesday.