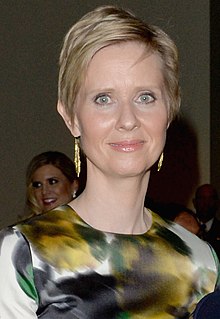 A Quiet Passion Official TIFF Trailer (2107) - Cynthia Nixon Movie Views: 343.161 Share your real life experiences with Cynthia Nixon here and rate your meeting! Correct our wiki/bio - is she not gay or straight or of different heritage? Let us know!