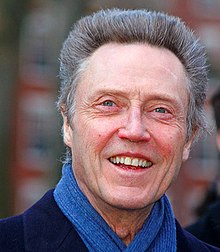 Get to know the 80-year old actor Christopher Walken, before he got famous (e.g. The Dead Zone (1983).). IMDB reports The Annual Theatre World Awards (TV Special) was Christopher Walken's first TV appearance in 1976. In 1963 he starred as Kevin Acton in his first movie The Wonderful John Acton (TV Series). His home town is Astoria, Queens, New York, U.S.. His parents Rosalie née Russell & Paul Wälken are of German, Irish, Scottish, ethnicity. Christopher Walken was born on March 31, 1943 on a Wednesday.