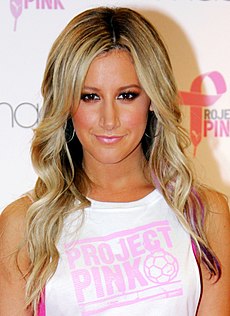 "Call Me Maybe" by Carly Rae Jepsen - Feat. Justin Bieber, Selena, Ashley Tisdale & MORE! Views: 74.144.476 Share your real life experiences with Ashley Tisdale here and rate your meeting! Correct our wiki/bio - is she not gay or straight or of different heritage? Let us know!