5 Seconds Of Summer: Boys Almost Split After Arguing Over A Girl

5 Seconds of Summer are pretty silly, but it seems when it comes to the ladies they’re less playful, after admitting that one lady actually came between the boys and ALMOST caused them to break-up.

It would be rather odd living in a world without 5SOS, now that they’ve taken the globe by storm, but the four piece admitted that they may be driven to a shock break-up! The lads revealed all about their girl wars during an interview with Ryan Seacrest on his KIIS Show in the US yesterday.

“We all went through a phase where we all liked the same girl,” Michael said.

“It still happens,” Ashton then added, jokingly, before Michael then added: “We don’t talk about that. It’s a touchy subject.” 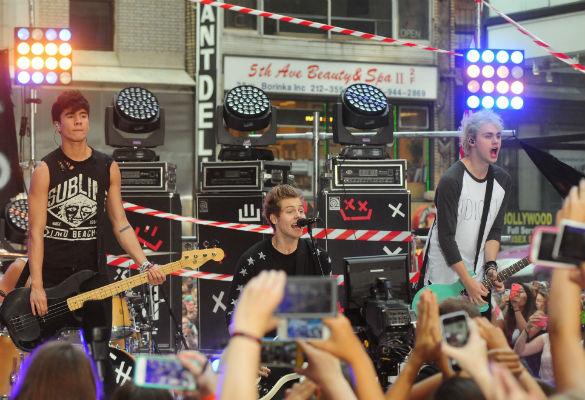 “You’re going to split the band up if you go down this trail, so let’s stop!” Ashton then said.

We know what you’re thinking, who IS the lucky lady that’s got the 5SOS lads in a twist. Like they’ve got anytime for romance anyway, with the whole world domination thing. 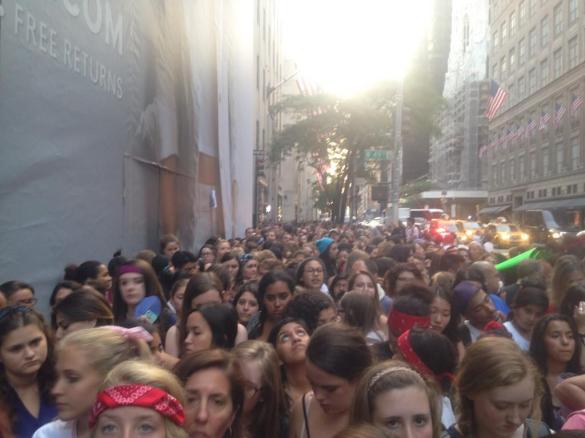 This isn’t the first time that the band have spoken out about girls recently though, with Michael claiming he doesn’t think girls want to date him. Absolute craziness…

When asked by MTV if they would date a girl who wasn’t a fan of their music, Calum said: “That’d be hard…” before Michael then added: “Only if they had a proper reason.”

Calum continued: “Yeah they’d have to have a really good reason for not liking it!” as Ashton then said: “It would be a bit awkward to be with a girlfriend who didn’t love what you do.” 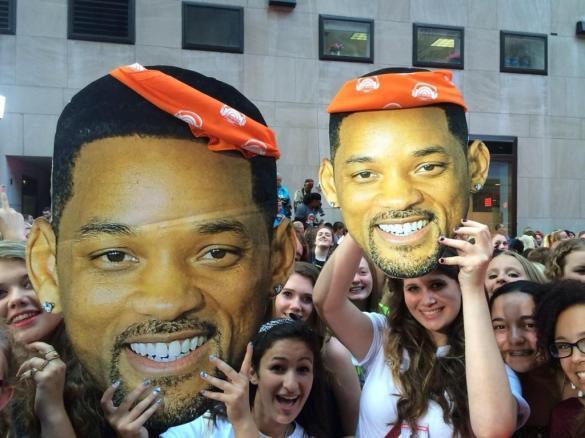 The 5 Seconds of Summer lads are constantly mobbed, but they STILL don’t think girls like them (Twitter/TodayShow)

However, the comment that really shocked us, was when Michael added: “I don’t think anyone wants to date us anyway. Girls don’t really like us.”

We think he might have actually lost the plot…it’s official.

Judging by the band’s chaotic Today Show appearance earlier this week, that saw fans line the NYC pavements for a whopping ELEVEN blocks, we think girls would do absolutely anything to date one of the band.

The 5 Seconds of Summer boys are also on course to hit the top spot on the Billboard 200 chart next week, after releasing their debut album in the US, that’s expected to shift a whopping 250,000 copies.

Definitely onwards and upwards for these guys!